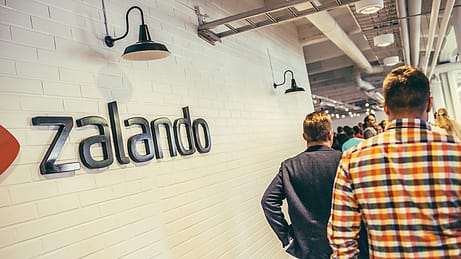 ‘Settling’ is not a word that applies to Zalando. The German online retailer only launched its Helsinki tech centre in August and it is already reaching out to new businesses with a coaching program called ‘Tech Startup Residency’.

“We are still a startup ourselves, the company was only founded seven years ago. Of course we have grown a lot during that time and been successful in the ecommerce space, but we haven’t forgotten our roots,” explains Tuomas Kytömaa, Helsinki Site Lead at Zalando. “Now we want to give back to the startup community and help new companies to overcome those difficult first hurdles in their path. There are a lot of people in Helsinki with great ideas and we want to give them a chance to succeed.”

Currently Zalando is searching for innovative startups in the fashion and e-commerce space for the first batch of its program which will kick off in early 2016. One or two startups will be chosen to take a three-month residency in the company’s Helsinki office. They will get a fully equipped workplace and facilities as well as access to coaching sessions and mentoring from Zalando’s experts across all business areas. Kytömaa himself will act as the head coach.

“The startups get to discuss with people who have done and experienced these things in practice,” says Kytömaa, himself a Silicon Valley veteran with a background in tech and entrepreneurship. “This is the most valuable kind of help.” 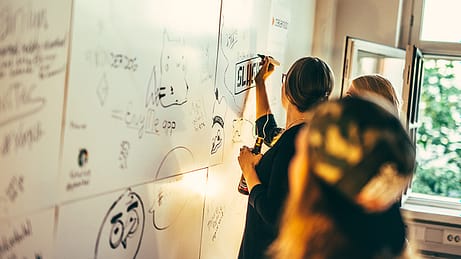 At the first stage Zalando is looking for one or two innovative startups in the fashion and e-commerce space to take residency in its Helsinki office. Photo: Zalando

There is plenty to learn from. Since 2008 Zalando has grown from a two-man startup to the leading online fashion platform in Europe with an annual revenue of close to three billion euros. It is the learnings and insight –  including mistakes, pivots and surprises – the company has gained along the way it now wants to share with other digital entrepreneurs.

Innovation is in fashion

The Helsinki-based startup program is first of its kind for Zalando, but plans are already in place for its expansion:

“We are not planning to do this only once, but to build a continuous program,” says Kytömaa. “What needs to be kept in mind is that we are applying the current lean and agile startup models here, so even we don’t know exactly what is going to happen. Instead we will see how the first program goes and then adjust it as needed. Our aim to is have several startup batches every year.”

While the program mainly focuses on refining the chosen startups’ business models and products, goals are set individually for each company based on what they want to achieve. Kytömaa notes they are looking for great ideas that connect people to fashion. The startups can be at different stages, anywhere from building prototypes to something more advanced.

“It is entirely possible that Zalando could become a partner or customer for some of the startups, but it is not the primary goal at this stage. Now we are looking for mutual fit and ideas where we think we have a lot to contribute,” Kytömaa adds.

Zalando has so far hired 25 people for its application-focused tech hub in Helsinki and hopes to grow the team to as many as 200 inside the next few years. However what originally attracted Zalando to the Finnish capital was not only the talent available, but also the city’s vibrant and active startup community:

“There is a really strong startup scene here, good attitude and a lot of technology and design know-how which is a combination that suits us well,” says Kytömaa. “We want to create even more buzz in Helsinki.”

The company has already had success with that. At the Slush startup conference in Helsinki last week Zalando’s startup program attracted so much interest that the application period was expanded until the end of November. But the tech residency program is only the first step in the company’s wider plans for the Finnish startup community:

“On a more general level we want to promote innovation and in the long run help to build a significant e-commerce ecosystem [in Finland]. Supporting innovation also outside our own company will be beneficial for the whole ecosystem,” Kytömaa concludes.

Thanks for fruitful Smart Helsinki Breakfast!
Scroll to top