Smart business leaders already know that to survive and prosper in today’s world, their companies need to focus on maximizing shared value.

Here are some great examples of how companies in Helsinki are doing well by doing good. 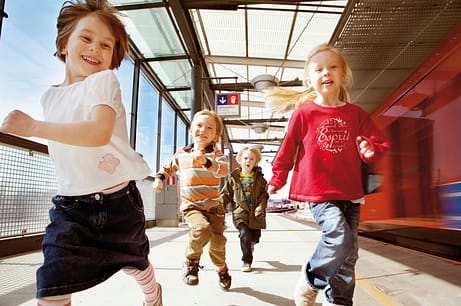 At the Meilahti hospital in Helsinki, the third largest in Europe, DNA from cancer patients are sequenced and analyzed against every single cancer drug in the world in order to find the single most effective treatment for each individual patient out of 120 million possible combinations. It’s a real life example of searching for a needle in a haystack – and in this case, it’s a matter of life and death. Fortunately, at the Meilahti hospital, the proverbial needle is found every time.

Neurodegenerative diseases such as Alzheimer’s, Dementia and Parkinson’s are crippling for the patient and loved ones, as well as for society. So far, the only way to treat these diseases is to battle the symptoms. There are no cures. In Helsinki, we’re hoping to change that. In co-operation with the Michael J. Fox Foundation, Helsinki-based biotech companies are preparing a first-in-man trial for Parkinson’s disease with the aim of developing treatments that not only stop the disease but also repair the damage already done, so that patients can make a full recovery.

The integration and synergies between four technologies (nano, bio, info and cogno) allow the building blocks of life to be studied and manipulated, resulting in enhanced human performance, especially when it comes to educating our children and improving the quality of life of our elders. In our backyard, a solid base in these technologies is found in our companies, universities and institutes. Helsinki itself continuously invests in its schools, healthcare facilities and basic infrastructure, which provides fertile ground for these technologies to converge. Won’t it be great when playing Angry Birds is not just fun but makes you smarter too?

Microsoft and Nokia recently kicked-off a 23 million dollar mobile application development program in cooperation with Aalto University. While the companies expect the initiative to bring competitive apps to Windows phones in their uphill battle against Android and the iPhone, AppCampus provides grants to developers not only in Finland but from anywhere in the world. It offers an unprecedented opportunity for entrepreneurs to put their ideas into practice and create world-class mobile products. http://www.appcampus.fi/

“Entrepreneurship and innovation are bubbling around Helsinki” says long-time Silicon Valley resident, serial entrepreneur and thought leader Steve Blank, after spending a month in Finland last September. Red Herring didn’t disagree, shortlisting a whopping 23 Finnish companies for its 2012 Red Herring Top 100 Europe list and placing nine companies from Finland in the top 100. Many of the companies call Helsinki home and are already making their mark for the world.

For example, EpiCrystals has created an innovation that enables high quality image projection in a package the size of your hand. The company’s researchers have made it possible to share information to large audiences in places and situations in which one normally could not consider using such advanced technology. And this high technology solution comes at the cost of a flashlight. http://epicrystals.com/

Another example is Helpten. The constantly growing issue of traffic congestion and its environmental impact has not escaped the attention of most city dwellers. Helsinki doesn’t suffer like some other cities and we intend to keep it that way. A few concerned citizens wanted to improve people’s driving habits and promote more efficient traffic as well as a healthier environment at the same time. The result was Helpten – an advanced driving data service to increase road safety, reduce emissions and save money. Finally, wives will have proof that they are better drivers than their husbands. Some research already suggests they’re right. http://www.helpten.fi/en/

Finally, there Modz, the makers of a cool blood glucose meter that diabetic kids and teens like to use. By designing a device that removes the stigma of being a diabetic, kids are more motivated to take better care of themselves. During some user testing, one 10-year old girl gave the Modz team hugs and said: “Thanks for doing this for us. Now everybody in my class wants one!” http://www.bloomjack.com/