The information security superpower in the North 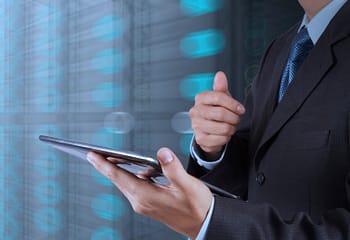 Finns may not have the reputation for being the most hilarious and cheerful people on Earth. They are rather perceived to be reliable, trustworthy and technically-minded, living in their stable society up in the North. These national characteristics might be the secret behind Finland’s undisputed position as Europe’s cyber security leader with several world-class anchor companies in the field.

Think about e-banking, for example: would you trust your money to an operator without proper data privacy and security systems? Probably not. E-banking is, in fact, a quintessential chapter in the long story of Finland becoming the leading light in the field of information security.

“People tend to get alert when it is about money. The Finnish banking sector was among the very first ones in the whole world to develop e-services with advanced security standards. Most Finns started using e-banking services instead of visiting the nearest bank office already in 1990s. This early success encouraged the entire information security branch in Finland,” says Juha Remes, Executive Director of the Finnish Information Security Cluster FISC, an organisation established in 2012 by the major Finnish information security companies.

Finns have not only been pioneers in e-banking, however. The Finnish state likewise has a long tradition of sturdy and secure e-services and e-registers. Both companies and citizens can, for example, manage their taxation completely via internet, and you can easily establish a joint-stock company on-line.

From cryptography to critical situational awareness

The northern land of engineers has a culture that encourages technical innovations, and it benefits from advanced data protection legislation. Finland has a large workforce with competence in mobile and open source technologies, and it is a world leader in standardising mobile signatures as the universal authentication method for web services. Vulnerability analyses, secure internet, and compliance testing for telecommunications equipment and banking applications are other areas in which Finnish companies show their strength.

“I would mention identity and access management and cryptography as areas of particularly solid expertise of Finnish information security companies. Recently, they have also created solutions for situational awareness – simply put, for knowing what is going on around you in a certain space or a system – which is a rapidly growing sector globally. We are also good at cyber security of digitalised real economy operations, such as international trading,” says Juha Remes.

Remes sees the basic industry processes as the next big challenge and opportunity for the Finnish cyber security companies. Sectors including automotive industry, Internet of Things, data centre technology and societal security are also among the branches in which Finnish security experts will be seen and heard in the future.

“Both domestic and international investments are needed to foster the growth of the sector,” says Remes. Finnish information security companies have recently attracted foreign investments: for example Stonesoft, specialized in next generation firewalls, was acquired by Intel in early 2014.

Finland’s know-how in information security also invites companies and organisations whose core business is in other fields to settle down in the county.

For example, the pioneering role of the country in cloud services and data centre technology, combined with the cool climate and easy availability of cooling water, have made it a tempting location for data centres. The international IT company Atos will build the world’s most eco-efficient data centre in Helsinki, the capital city of Finland. This is because of Helsinki’s top location, well-functioning infrastructure and world-class technology available.

An innovative eco-industrial park calls up companies for profitable industrial...