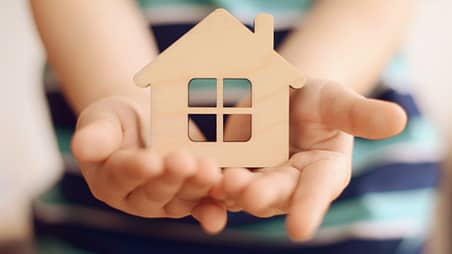 Incit has been providing consultancy and software systems for the Swedish property industry since the late 1960s. After expansions to Norway and the Netherlands, the company decided it was time to bring its property business expertise to the neighbouring Finland. Incit opened its first office in Helsinki in early September.

“When you are planning to establish abroad, you study the potential markets and get a feeling which are easiest to access in terms of culture and, in our case, housing culture and legislation,” says Oscar Gyllensten, Senior Consultant at Incit and manager of the Finnish branch. “Finland is very similar to Sweden so it was an easy step to take…Also Finland is a very modern country and has a good reputation in Sweden in terms of technology and innovation.”

The new branch office is in charge of Incit’s operations across Finland. Its main focus is to introduce the company’s proprietary ‘Incit Xpand’ property management software to local customers and to offer support in implementation and training. It will also work with Incit’s other locations offering consultancy services.

Currently the Helsinki branch employs two people with plans to hire two more consultants in the near future and to grow to ten or more as it becomes more established in the country. In total Incit employs over 100 people in four countries, of which 75 are located in Sweden. 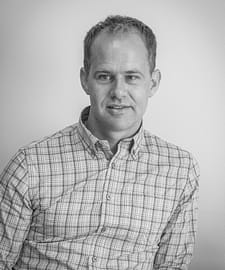 Software was built to be used internationally, which makes it easy to adopt and implement in different countries, says Oscar Gyllensten, manager of Incit Finland.

Although Incit started as a consultancy company, and still has a strong consulting arm focusing on services including maintenance and energy efficiency plans, software has gradually become its primary business. The company has been quick to react to technological developments, creating its first property management system back in late the 1980s.

Today that system has evolved into Incit Xpand and expanded to cover all aspects of real estate: management, operations, maintenance and finance. In addition to an early start, the software’s key strengths are its international reach and flexibility:

“We originally built the software to be used internationally which makes it very easy to adopt and implement in different countries,” Gyllensten explains. “The software is separated into different modules but they are all part of the same package. Our customers do not need any additional integration since everything comes in one package and licences are used to manage what access you have to the different parts of the system.”

Incit explains this makes the software flexible, easy to manage and also cost-efficient since modules can be added without new installations or integrations. It also scales to the needs of major corporations with hundreds of thousands of rental agreements.

The software has already been translated to Finnish and the Helsinki office is working on the finishing touches to adapt it to the local regulatory environments.

While part of Finland’s attraction to Incit was its technology-savviness and cultural similarities to Sweden, a major factor was the interest the country showed in its software:

“We conducted market studies with Finnish organisations, such as Invest in Finland [a government agency promoting foreign investment],” Gyllensten says. “We also did some customer demonstrations and saw there was huge demand for our products here.”

Now this interest is turning into discussions with potential customers and Incit believes it will soon be working with property companies across the country.

“Our new owners have an aggressive internationalisation strategy and they are planning to expand to many more countries in Western and Northern Europe,” Gyllensten reveals.

All of which makes the new Helsinki office an important part of Incit’s boarder international plan.

Incit employs a total of over 100 people in Sweden, the Netherlands, Norway and now Finland. Photo: Incit

The Future of Mobility: iQ Payments brings travel tickets into your mobile ...
Scroll to top