Visions of sustainability converge in Finland

Several participants in our 90 Day Finn program are bringing vision and expertise in sustainability and smart energy.

Andro Lindsay, Jaime Alvarez (both from Chile) and Alberto Scherb (from the United States) are coming to Finland to build and implement a methodology for designing and building sustainable cities. The trio have named their venture 100 Thousand Million, and describe it as a scalable physical platform that allows the creation of what they call “Earth Cities.”

“We need to radically redesign the way we live on our planet” says Andro. “We have the knowledge, technology and resources to drastically reduce the human ecological footprint, and 100 Thousand Million is about harnessing all of these to create a new way of living. Our aim is a 20-fold decrease in the ecological footprint of cities.”

In the Earth City vision, buildings run on 100% renewable energy microgrids and architecture is resilient to natural disasters. Hospitals put preventive medicine first and schools offer the highest quality education – both online and locally. Different socioeconomic classes are integrated in the same neighbourhoods, brought together by collective decision-making mechanisms that foster community participation. Land is reserved for bio-corridors and any infrastructure investment is evaluated in terms of its impact on the city’s collective ecological footprint. 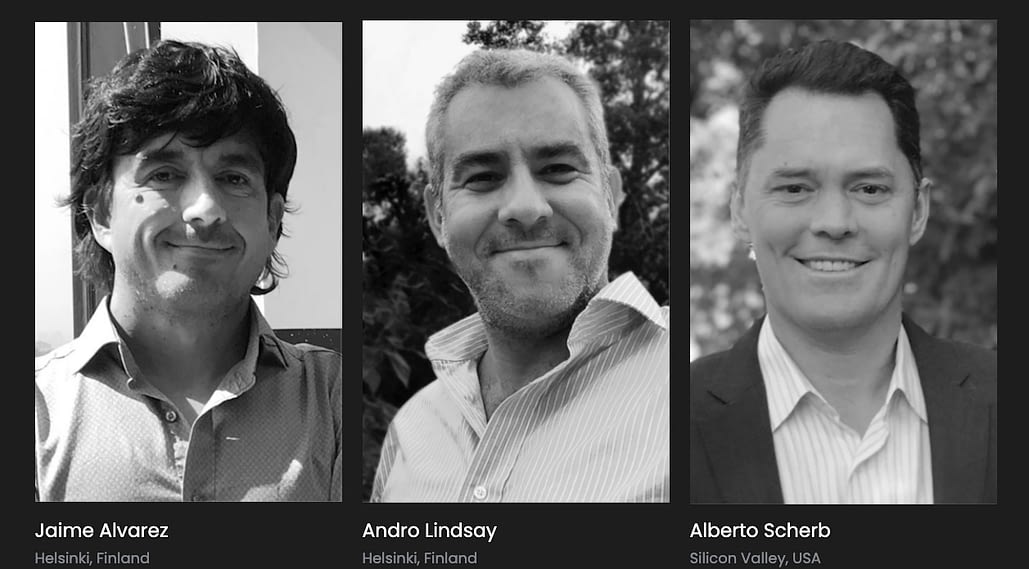 Andro, Jaime and Alberto have been self-funding the project for the past few years but are now looking to raise capital from both public and private investors. Building a network of partners and research centers – both in Finland and elsewhere – is also high on the team’s agenda.

All three are engineers by training and met during their student years. They have a history of working together on robotics and AI projects, as well as on a global platform for recruitment.

Jaime is an expert actively working on emergent futures and tackling complex challenges around sustainable mining, natural disasters and water availability. Alberto has worked for multiple Silicon Valley tech companies, including Apple and Nest in various global procurement, sales and product management roles. The push for the trio to apply for the 90 Day Finn program was initiated by Andro, a technology entrepreneur with a strong focus on sustainability and innovation, who first visited Finland in 2001 and has been back some 15 times since.

“We cannot imagine a stronger partner country than Finland,” says Andro. “From the government and research point of view, everyone is looking in the right direction. We want to embrace everything that has been done in Finland and include it in our vision for 100 Thousand Million.”

Each of the three partners will be coming to Finland with their wife and two young children, aged between two and 10. 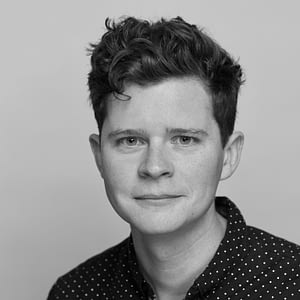 Canadian entrepreneur and energy-industry expert Tagg Jefferson is also working on a vision for the cities of today and tomorrow.

His company GridCure has developed a predictive analytics program that helps electrical utilities optimize their grids to handle new technologies. Power companies typically did not plan for the grid pressure brought about by the rapid increase in uptake of electrical vehicles, for example.

The ten-person GridCure team operates 100% remotely. Several employees are based in the Nordic region and Tagg is keen to meet new talent in Helsinki.

“Finland has an amazing pool of energy-industry talent, and the 90 Day Finn program is a unique opportunity to get closer to people with the specific kind of software engineering and machine-learning skills we’re looking for,” says Tagg.

“Helsinki is a leader in terms of using products like ours,” he says. “We would like to figure out if we could work with a company like Helen – we have a lot of respect for the brand.”

Tagg grew up with a strong nomadic streak; his family relocated to different cities in the US and Asia on average every 19 months. He’s lived in India, Japan, Korea, Singapore, Taiwan and more, picking up several languages along the way.

“In India, I was at a company called Simpa that at the time had only seven employees. Now it’s one of the largest solar groups in the country. Back then we were doing the very first smart meters and pay-as-you go electricity from basic mobile phones,” he says.

Tagg eventually returned to Canada to work for utility companies on the country’s west coast. Today, he runs GridCure from his home in Colorado. Changing locations to Finland for three months is also about exploring a passion he shares with his girlfriend: rock climbing.

“We’re both big rock climbers and are looking forward to exploring the Finnish forests. There are some very large boulders that are going to be fun to climb,” says Tagg.

You may also find interesting: