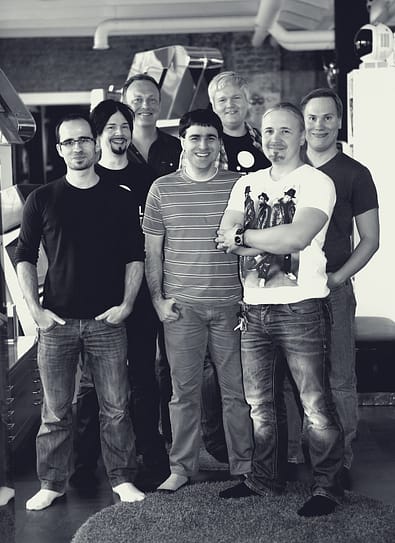 Fresh from completing a 3.1 million dollar investment round, Finnish game studio Small Giant Games is looking to the future with renewed confidence.
— It gives us a huge credibility boost that some of the toughest guys in the business have grilled us and found something really interesting cooking here, says CEO Timo Soininen. It basically means that we have the capability not just to launch our first game but to develop and launch a series of games.

Small Giant Games was founded last year. The founding team has over 30 years of combined free to play game development experience from Habbo Hotel, one the world’s largest free to play social games and online communities for teenagers.

The lead investor of the recent funding round was Stockholm and Palo Alto based Creandum, followed by PROfounders, Spintop Ventures and Capital A Partners. A group of private investors also participated, including Gregory Milken and Risto Siilasmaa. It ollows a seed round of 700,000 euros over a year ago.

The team, which is currently about ten-strong, plans to bring more talent on board but stay at a modest size.

— The funding gives us the financial backbone to hire people but we firmly believe that small teams can do gigantic things. We prefer to keep the company small and tight than grow too quickly at this stage. We don’t want quality to suffer.

The startup has revealed few details of Oddwings Escape, the title it plans to release at the start of next year but Soininen says it will be a new type of flying game with very rich character animations and a strong story line which will blend the genre boundaries.

With hundreds of games coming out on a daily basis, the current gaming environment is challenging says Soininen.

— It is a brutal market so the differentiation with the game itself is extremely important but also marketing and how to break through in the huge noise not just of other games but the whole app marketing market.

For Small Giants Games, being in Helsinki, one of the main hubs for mobile games development, has considerable advantages.

The mathematics and coding talent is at a very high level but it’s the sense of community, which Soininen appreciates.

— We have a lot of colleagues in some of the very successful studios and friends in new upcoming studios and this culture of sharing and talking is something unique.

— Coming from a small country, we understand the global market and it is not a zero sum game. If colleagues from another company succeed, it is good for everyone in the long run.
Asked how he would like Small Giants to be viewed, Soininen replies without hesitation: A small manageable company which creates great things.

Making a better world, one city at a time Entrepreneurship Fan
Scroll to top