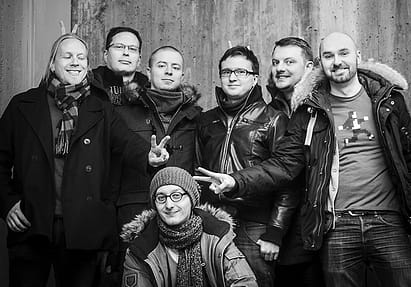 Finnish startup Shark Punch raised over a million euros and wants to disrupt the game industry by creating the “Netflix for games”. Photo: Shark Punch

Finnish startup Shark Punch wants to disrupt the game industry by creating the “Netflix for games”. Investors agree that such service is in demand: the company raised over a million euros in a funding round led by London Venture Partners. Due to the investment, the number of Shark Punch staff will nearly double.

With technology and free online tools just about anyone can be a game developer. More and more people use smartphones and the potential target audience keeps growing, but it’s difficult to spot new favourites from the ever-expanding selection of games.

”Something had to be done, but no one else seemed to do it. We decided it’s time to fix things.”

A platform called Playfield is meant to guide its users to games of their interest according to their previous preferences and the games played by their peers. A similar principle is used by music streaming service Spotify and internet television network Netflix, when they suggest new music and movies to their customers.

”Our dream is that in a few years a player looking for new games will automatically turn to Playfield. At the same time we want to help gamers create communities and a type of hype around new games,” Kupiainen describes.

The four owners of Shark Punch have years of experience in the industry. Their first company Rocket Pack was sold to Disney in 2011, and they all started working for Disney Interactive. Kupiainen was the first one to leave; the rest followed later.

The old gang started to ponder over new projects as a hobby. They started creating The Masterplan, a bank robbery game set in the 70s.

”We were reminiscing about the classic games of the 90s. They had a lot of great features, but in practice they weren’t that great. We wanted to maintain their spirit, but improve their playability,” Kupiainen explains. 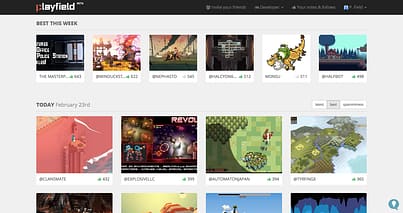 Soon they noticed how hard it was to create a community of gamers around the game. It turned out that other game developers were struggling with the same issue.

Now the test version of Playfield is available for everyone. London Venture Partners’ investment ensures that the product can be properly prepared. Shark Punch has also discussed additional funding with Finnish Funding Agency for Innovation Tekes.

The money will bring the seven-person team five new employees.

”Without money we would have to think of making Playfield profitable. Now we can focus on creating the best possible product before coming up with ways of making money.”

The early access version of The Masterplan is also available for gamers. The version for PC is being improved according to the wishes of the players, and it will be published later this spring. Later it will be available for mobile devices.

Kupiainen deems the game-developing expertise in Finland ”shockingly good”. Internationally successful Rovio and Supercell aren’t the only companies that have worked long and hard.

”Often when I see a game demo by a Finnish company I can’t help but that think wow, how did a small group of people manage to get it this good? Technical skills are top-notch. Maybe it’s got something to do with the long winters; people don’t mind sitting indoors coding.”

” Finland is like a quality stamp for the product,” says CEO Jiri Kupiainen. Photo: Shark Punch.

According to Kupiainen, the team spirit amongst Finnish game developers is good. He thinks the companies aren’t competing against each other, but rather against the rest of the world.

”Being Finnish can open some doors with, say, investors. If we were from elsewhere, we might not make it to the meeting room. Finland is like a quality stamp for the product.”

Kupiainen himself spends half of the year in San Francisco. He considers the game markets in the US the most developed in the world, but Asia is catching up rapidly.

”The game industry is getting bigger and bigger. I don’t believe in a bubble; games have just become a part of mainstream entertainment.”

This article is published in cooperation with Good News from Finland.