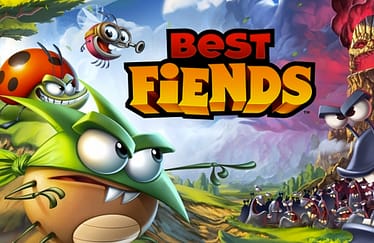 Seriously, a Finnish mobile entertainment startup behind the trilogy of Best Fiends games, have raised 18 million dollars in a Series A round. Northzone, early backers of companies such as Spotify and Avito, led the round. Also Korea Investment Partners took part in the round along with previous investors Upfront Ventures, Sunstone Capital and Daher Capital.

This brings Seriously’s total funding to date to 28 million dollars.

The new funds will be used to build out Seriously’s production teams and invest in further industry-first marketing programs. Seriously is expanding the Best Fiends brand beyond the mobile game and into a global entertainment franchise.

“Seriously is reverse engineering the typical Hollywood approach to create an entertainment franchise with Nordic gaming at the heart of it,” says Bjorn Stray, Partner at Northzone. “We have been impressed by Seriously’s growth and team they have built in Los Angeles and Helsinki, and see extraordinary potential for disruption in the market.”

Seriously launched their first mobile game, Best Fiends, in October 2014, and since then, the game has been downloaded over 15 million times with up to 1.35 million daily active players. The company plans to release the second game in the trilogy later this year.

“We think about the Best Fiends app as a platform for our intellectual property, and since launching less than 10 months ago with a small but experienced team, we have focused on continually enhancing the experience with frequent updates featuring new characters, events and addictive gameplay,” says Andrew Stalbow, Co-Founder and CEO at Seriously.

Seriously has offices in Venice, California, where business development and marketing are based, and in Helsinki, Finland, where the studio is located.

REMINDER: Call for the BioFinland Pitching Competition
Scroll to top