Robocorp is building tools for developers to harness the power of software robots with open-source technology. The story of the company has been a real dream come true for a start-up as its growth is backed up by some of the most famous, world-leading investors from Silicon Valley.

Antti Karjalainen, Co-Founder and CEO of Robocorp, is the man behind the idea.

“The idea was actually born as early as 2016. I had worked as a software developer and I had been involved with open-source solutions for quite some time. When I saw the first RPA tools, I started to wonder why there was no open-source alternative in this field. And that is how Robocorp got started,” he explains.

The RPA industry is the fastest growing enterprise software segment. There are a few existing bigger players, the so-called RPA legacy companies, and lots of new companies are now entering the market. However, most of them have top-down growth models. Robocorp stands out from the crowd with its bottom-up model based on open source.

Fintech companies have been using a lot of software robotics right from the beginning. RPA is an enabler for the “know your customer” approach, and in any bank or insurance company, there are hundreds of processes that can be automated, and nowadays this development is a very important building block for most of them – often also a part of the strategy.

Healthcare sector is also rapidly emerging with applications using this technology. In addition, the federal government of the US has an incredible amount of digitalization debt to which open source is the solution. So, Robocorp’s business is growing very fast nowadays and the market potential is enormous, but how did the company get here?

Sometimes one just needs to take that leap of faith and go for it.

Summer in San Francisco exceeded all expectations and opened the doors

Robocorp’s journey got really started in 2019 when the first co-founder joined the company and soon there were four of them and it was time to start raising money for prototypes.

Antti Karjalainen had no contacts at all to any venture capitalists when he took off to San Francisco in summer 2019. What he had was an almost-ready demo and a pitch deck – and a vision to get at least a couple million.

“At the beginning of that summer I realized that due to my wife’s study leave and all, it was actually possible for me and my family to go to San Francisco for two months. So, I bought the flight tickets and booked an AirBnB and off we went,” Karjalainen says.

He ambitiously arranged meetings with more than 50 VCs and after the summer Robocorp raised the actual seed funding with the world-famous VC firm Benchmark as their lead investor. Partner Peter Fenton, who is known as the world’s most renowned open-source investor, joined the board of Robocorp.

The results surpassed expectations and Robocorp managed to raise a total of USD 5,6 million.

“It was actually quite amazing. After running from one meeting to another for two months, we had already returned back to Finland and we were already almost signing a deal with another company when Peter Fenton called. We clicked right away and after that I talked with other partners of Benchmark Capital and very soon got to pitch to their Investment Committee where there was a room full of legendary investors.”

Benchmark sees thousands of companies per year and they only invest in two or three per year. MySQL has been the only other Finnish company that they have ever invested in.

“Peter is our board member, and we talk regularly. After Benchmark chose us, getting investments has been very easy,” Antti Karjalainen says.

He also reminds that in Silicon Valley two months is forever and it’s totally possible to get results even in a shorter time. “Everything works so much faster there than here, and big decisions can be made right there at the coffee table.”

After the seed funding was secured, Robocorp started to ramp up the team. At the end of 2019 Robocorp employed 8 persons and in a few months the number of employees was already 30. Now the size of the team is 42.

“One of the biggest challenges in such fast growth was to find a way to systematically build culture. We have succeeded, for example, in creating onboarding processes and tools that work in our remote-first model where our team is dispersed worldwide,” Karjalainen explains.

Since the beginning, Robocorp has operated in a fully distributed model where everyone can work from whatever location. The company headquarters are in San Francisco and an additional office is situated here in Helsinki, but the team is located across eight different countries.

“As our main market is in the US, it is easier to be officially an American company. But our product is software sold from the cloud, so it’s not tied to any physical place. We are not an export company. Instead, we operate in the cloud and we have partners all around the world that are building services based on our technology,” Karjalainen sums up.

Robocorp’s product is a horizontal technology platform which can be used for automating any IT processes. It’s a free open-source software that can be used to code anything.

“We put developers first, because we believe in the power of a community of like-minded pioneers, willing to break new ground. Our vision is to make our open-source automation stack a standard in the field of office work and software robotics and to reach as many developers as possible. The second goal is to convert them to use our cloud service which is the fastest and the most cost-efficient way,” Karjalainen says.

“Our dream client is a technology-oriented company that starts to automate its processes about which they have the industry understanding,” Karjalainen describes and reminds that all companies with more than 100 employees have processes that can be automated with software robotics.

“People do kind of crazy stuff for work and when certain tasks are automated, people feel relieved. So, automation doesn’t take jobs away, instead, it takes routine tasks away and frees the human resources and potential for something more important,” he says.

Automation is an inevitable trend which is very technical and developer-driven, and what the developers appreciate is the open ecosystem.

Antti Karjalainen says that there are lots of technically skilled developers in Finland and the company is utilizing this expertise. However, Robocorp’s marketing and sales are done in Silicon Valley and there is a reason for that: the level of expertise in that area is enormous as the expertise hub provides the compound effect.

“I would like to see the same happening here in Finland,” Karjalainen says. “If we can grow Robocorp into a big company, our people will take the knowhow and the Silicon Valley mindset forward and that starts to accumulate.”

In Finland the prerequisite is often that the HQ should be in Finland.

“I think it would be wiser to enable companies to have an international starting point for their business and to encourage globally distributed operating models. Still one start-up generation ago, for example Wolt and Supercell were born with a strong HQ-focus and now they have been struggling with the challenge of how to get the right people here. Today’s start-ups like Robocorp and Linear are different.”

Karjalainen believes that remote work and the fully distributed model will define 2020’s work life. “We can’t go back. Everyone should accept that it’s okay to have your headquarters online and also the start-up ecosystem should be built around the same thinking,” he says.

According to him, the Finnish start-up ecosystem has lots of good stuff going on.

“The Maria 01 community has been a positive surprise. Also Slush 2019 was fantastic and I had excellent meetings with globally significant companies and famous investors,” Karjalainen says.

“However, you can’t build your growth plans on the idea of meeting people once a year at Slush. Strolling down South Park Street in San Francisco you’ll meet more investors in an afternoon.”

We also wish that this case encourages companies to look at international growth since day one and contact us at that point.

“That’s why we are here at HBH: to connect the missing dots between the most essential innovation ecosystems and pave the way for the right speedways depending on companies’ situation and needs. In this specific case with Robocorp we did not provide the investors on the board, but in a similar situation we could have helped by providing alternative options to pick,” says Teemu Seppälä, Senior Business Advisor for Fintech at Helsinki Business Hub.

“Getting Benchmark on the board is a real dream deal and thus big congratulations for the whole Robocorp team. We also wish that this case encourages companies to look at international growth since day one and contact us at that point,” he sums up.

We help foreign companies to find business opportunities in Helsinki. All needed information and contacts to the Helsinki ecosystems are just one phone call away.

For more information on our services visit hbh.fi/fintech 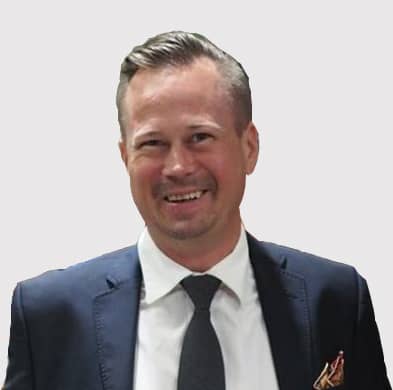 Kiuas accelerates ahead through COVID times