Quality education and unspoiled nature drew the Korhonens to Helsinki

The Korhonens wanted the best environment for their family and found it in Finland.

“There is less risk to life in Finland. You don’t have to worry about things so much because there is a safety net here,” says Harinder Jaswal. 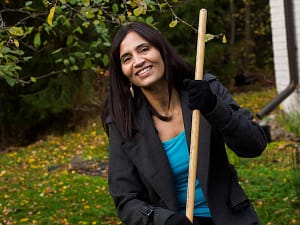 There was more worry in Silicon Valley, where biochemist Harinder Jaswal and software developer Kalle Korhonen lived before moving to Finland. They met in California in 2004, got married and had children, but at some point began to wonder if they were in the best place for their family despite the high income careers they both had. In 2019 they decided to move to Espoo, Finland, a city next to the capital Helsinki.

“The Finnish education system was a big reason why we chose to live in Finland,” says Harinder. “We considered other places, like Seattle and Massachusetts, but Finland has so much more to offer.”

The Finnish education system is consistently ranked as among the best in the world. The Korhonens were impressed with the resources lavished upon Finnish schools and the well-rounded education on offer for their three kids: 12-year-old Ensio, 9-year-old Leo and 7-year-old Lumi.

At first the children were not enthused about leaving their friends in America. Soon, however, they realised the benefits of living in Finland.

“They think it is the best thing ever that they can go to the store by themselves here,” Harinder laughs. “It is safe in Finland. They can walk to school or take the bus by themselves. Kids don’t go outside in the Bay Area, but here they have freedom.”

Another benefit to living in the Helsinki area is nature and the environment. About three-quarters of Finland is covered by forests while another tenth is lakes or rivers. 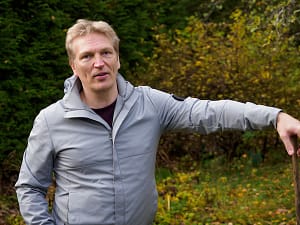 “Over the past five years the forest fire situation in California has gotten worse,” says Kalle. “Climate change isn’t going away. Sometimes the schools cancel outside recess because of the smoke.”

Life in Finland is connected to nature. Even living in the metropolitan area they are never far from the natural world.

“Nature is everywhere,” Kalle says. “Literally right outside our door is a forest. The kids love it.”

Kalle is working with the indoor positioning company Quuppa while Harinder is in an intensive Finnish language class. When they first moved to Finland, she was able to work remotely for her US employer so Finnish wasn’t necessary. Although knowing the local language isn’t required in some sectors, like IT, Harinder wants to have more options available. The kids are already fluent in Finnish, so they are enrolled in a regular school instead of one of the popular international schools.

Part of the wider world

Harinder had visited Finland, but says there were some things she hadn’t expected when she moved here.

“The quality of the infrastructure was a surprise,” she says. “Everything works efficiently and there is no traffic. Also, everything is clean and there is so much open space.”

Another benefit to living in Helsinki is how easy it is to travel. Harinder explains that California is far away from everything, but Finland is poised between Europe and Asia.

“You can be in London in two hours,” she explains. “We asked Lumi if she would like to see a real castle where a real queen lives and took a cruise to Stockholm to see the royal palace. She was so excited. It is easy to experience different cultures when you live in Finland.”

Helsinki Business Hub has launched a program called ‘90 Day Finn’, which offers a free relocation package to Helsinki, Finland for selected U.S. tech professionals. The package will ensure a smooth stay, including assistance with everything from needed documentation to housing, daycare, schools and healthcare arrangements to suit the participants’ individual needs.

Applications are now closed, but don’t wait for our permission to become a 90 Day Finn! Find out here how to take advantage of Helsinki and get access to great 90 Day Finn resources from Helsinki Business Hub.

Helsinki: where things work and rights are protected