Plenty of room for startups in Helsinki 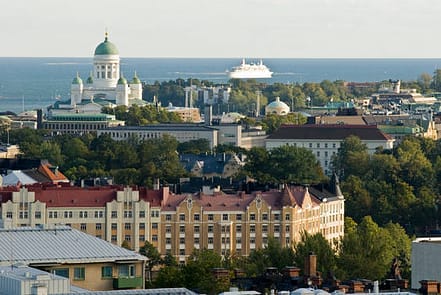 Stockholm is suffering from an exceptional housing shortage, reported Reuters recently. Lack of housing is putting off start-ups seeking to enter the Nordic market. The good news for international companies is that Helsinki, just on the other side of the sea, has a vibrant start-up ecosystem where newcomers are welcome and reasonably priced housing is available.

Despite its robust economic growth, Sweden is facing a housing shortage that affects rich and poor alike, reported Reuters on 12 January. According to Reuters, employees in the booming tech sector have struggled to find suitable accommodation.

This situation, combined with new strict border controls between Sweden and Norway, has forced start-ups to look further eastwards, to Helsinki. The active start-up ecosystem and entrepreneurial culture of the Finnish capital are drawing in cost-conscious companies from around the world.

The German start-up, online savings platform CupoNation, is based in Munich but operates in several Nordic countries: Denmark, Finland, Norway and Sweden. The company wanted to move its Nordic operations from Munich to Stockholm. However, due to the painful housing situation in Stockholm, the company is now considering Helsinki instead.

“We find Helsinki an appropriate environment to develop a start-up company thanks to its well-educated and competent labour force and good networks. The opportunities to expand to the Baltic region are good, too,” says Marketing Operations and PR Manager Virpi Väkeväinen from CupoNation.

Foreign start-ups do not seem to face difficulties when searching for housing alternatives in the Finnish capital area, according to Anne Savolainen, Housing Manager at the city of Espoo which is part of the region.

”About 2500 new apartments are built annually in Espoo only. A third of them are rental apartments, both privately and publicly owned. As a result, there are 700–1000 privately owned apartments constantly available for renting in Espoo. Announcements can be easily found on websites such as vuokraovi.com,” Savolainen says.

It is not only the availability of apartments that makes Greater Helsinki attractive. Housing is also cheaper in the Helsinki area than in Stockholm. Latest statistics show that the housing market in Helsinki is stable: apartment prices increased by less than 2% in October 2015 compared to the previous year. At the same time, they increased by 16% Stockholm which may indicate a price bubble.

The Expatistan Cost of Living Index reveals that general living costs are 14% higher in Stockholm than in Helsinki. In Stockholm, you may save some money in food and personal care, but will pay much more for housing, clothes, transportation and entertainment. According to Expatistan calculations, a typical monthly rent for a 45 m2 furnished studio in an expensive area is 1,388 euros in Stockholm and 1,087 euros in Helsinki.

When comparing the business costs of 11 European software development locations, Helsinki turned out to have the third lowest operating costs, leaving cities such as Stockholm or Copenhagen behind. Furthermore, Helsinki has the fourth lowest labour costs of the 11 European top ICT centres, based on information received from the fDi Benchmark database.

The most promising start-up sectors waiting for newcomers in Helsinki region include ICT, health tech and smart tech, to name a few. Welcome to the Finnish capital!