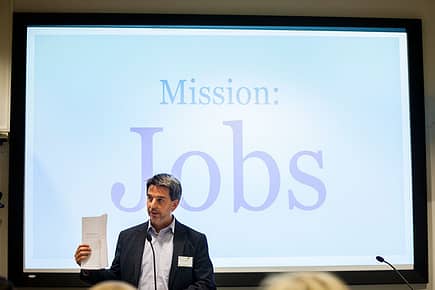 In the fall of 2014 Helsinki Business Hub carried out research among companies that had worked with us to either establish operations in the region, or had received foreign growth capital via the investor network International VC Zone.

Our research goals were to estimate job creation by these companies, and to explore their perceptions of the Helsinki region and Finland as a business environment.

Our research suggests that by January 2015, altogether 1,244 jobs were created in the Helsinki region by the 46 foreign investments landed during 2010-2013. Job creation was highest amongst Finnish companies that received foreign growth capital (81% of all jobs). 73% of the researched companies have created new jobs in the region, on average 27 per company

We also asked companies about their near term growth prospects in the Helsinki region, Finland and abroad. Many respondents were optimistic about the growth of their business, with 70% planning to increase their employee headcount in the capital region during 2015.

Evidently the key perceived strengths of Helsinki region as a business environment are talent and innovation. Availability of skilled professionals and scientists was a recurring theme in many responses. Innovativeness, loyalty and good work ethic were also attributes associated with the Finnish workforce. A few respondents also mentioned relatively competitive salaries as a strength, although high mandatory employer costs and regulation were mentioned as negatives.

Government support and excellent infrastructure also stood out in respondents’ views on key strengths. Especially Tekes was mentioned several times as a key enabler of business growth for young companies. Well functioning infrastructure makes the practical side of running a business here smooth and easy. The active startup scene, gaming industry and mobile technologies stood out in responses as well. Finally, Finland continues to be perceived as a safe haven: social and political stability support doing business here.

For foreign-owned companies that had established operations in the region, Finland’s location as an East-West gateway came up as a key strength more than once.

The full summary of the research is available here.