OnePlus’ Nord 5G phone became the best-selling phone in Finland in August. The company has decided to move its Nordic headquarter to Helsinki. Attracting headquarter increases national self-esteem, but what concrete benefit do these head offices offer the country?

The Chinese smartphone manufacturer OnePlus is moving its Nordic headquarter from London to Helsinki. In late spring, the company reduced its personnel a great deal in many European countries, such as France, Germany and the United Kingdom.

OnePlus aims to invest in the Nordic countries, and Finland plays a key role in it. Having launched its first phone in 2014, the company has gained popularity fast, especially in Europe and India. OnePlus is the third-most selling phone manufacturer in the category of smartphones costing more than USD 400 according to research company Counterpoint.

In Finland, OnePlus’ Nord 5G model has become the first truly popular 5G smartphone. The model was at the top of both Telia’s and Elisa’s sales statistics in August. OnePlus launched its last 4G phones, for the time being, last autumn. This year, the company has only been launching devices that are compatible with the 5G network. 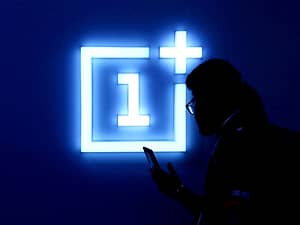 A Chinese 5G phone became the best-selling phone and the manufacturer is now moving its head office to Helsinki.

“There is a lot of demand for mobile devices and new 5G technology in the Nordics, which makes it a profitable market from our point of view,” says Bingo Liu, CEO, OnePlus Europe.

“We intend to increase our presence in this market by building a strong regional centre and team in Helsinki,” he says.

“Up to the early 1990s, attracting the headquarters of foreign companies to Finland was a ministry-level priority,” says Iiris Saittakari, Postdoctoral Researcher at Aalto University. Her doctoral dissertation reviewed the location of regional head offices and the change in location.

“At that time, Finland had high expertise in Russian trade. Western companies saw Finland as a gateway to the east.”

Now, however, the circumstances have changed and the old appeal has decreased. When the Baltic countries and Poland joined the European Union, headquarters began to move from Finland to them. Finland is no longer Western companies’ only gateway to the east, but could it be Asian companies’ gateway to Europe in the future?

“It is possible, even though there are surprisingly few Asian companies in Finland. Flight routes have an effect on the direction of development, and Finnair has done a good job in building Helsinki into a traffic hub,” Saittakari says.

When Nordea’s headquarter was relocated from Stockholm to Helsinki, the news coverage was joyous: Sweden lost, Finland won! Head offices have a symbolic value, and them moving from one country to another attracts media attention. But what concrete benefit does a headquarter offer to its location?

“headquarters employ a lot of highly educated people and thereby increase the appeal of the country. Depending slightly on ownership, head offices can also provide tax benefits to the location country,” Saittakari says.

In addition, headquarter attract investments. If a company has two equally strong options, for example, it often tends to make an investment close to the head office due to the ease of control.

Competing for head offices clearly pays, but how could they be attracted to Finland?

“At least, it is important that the country has skilled managers who are able to assume headquarter responsibilities,” Saittakari estimates. “Because headquarter functions can also often be regionally distributed, there is no unequivocal factor that would attract head offices here.”

The International Business research team at Aalto University School of Business, however, intends to find answers to this. It is currently surveying why headquarters are located in specific countries. The research team will conduct a survey on the matter among all foreign companies operating in Finland.

However, we will have to wait until next year for the results of the study. OnePlus Europe’s CEO Liu, on the other hand, can report his company’s answer right now.

“Finland is an interesting investment because the country has a long tradition of being a pioneer in the mobile industry. The Finnish market is open to international investments, and market entry is uncomplicated,” Liu says.

“In addition to this, the Nordic countries are a hub of startups and young engineering enthusiasts which is interesting to us.”

Never miss out on the latest ICT news. Subscribe to our newsletter.

The story was originally published in Talouselämä. 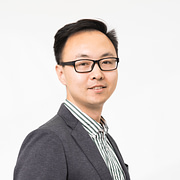 For more information about our services for ICT companies visit www.hbh.fi/ict

“A facilitating welcome” – Clancy Engineering is well equipped to start...