Biathlon athletes at the Beijing 2022 Winter Olympics and Paralympics will shoot at Finnish-made targets. This is the result of a joint effort between Chinese sports company Bewin Sports and Finnish biathlon system specialist Suomen Biathlon. Helsinki Business Hub has played an important role in supporting the two companies as they export Finnish winter sports know-how to China.

Finland’s winter sports success isn’t only a source of national pride, but a growing export business.  This hasn’t gone unnoticed in China where preparations for the 2022 Winter Olympics in Beijing are well underway.

A case in example is Eastern Finland based Suomen Biathlon Oy. The company has produced pioneering electronic target and range systems for global biathlon events for over 40 years. In 2016 a new door opened for the company when it struck a marketing and sales partnership with Chinese professional sports company Bewin International Sports & Culture Ltd. As a result, Suomen Biathlon’s ‘Kurvinen’ target system is now used at China’s national biathlon training centres in Chengde and Baiyin – and soon at the Olympics.

“Both centres have our full Winter Olympic standard shooting range target systems,” explains Xing Shi, China Business Director at Suomen Biathlon. “Also, we have won the bidding for Beijing 2022. This means the Kurvinen system will be used at the Beijing Winter Olympics and Beijing Winter Paralympics in 2022.” Shi has helped to forge the partnership between Bewin Sports and Suomen Biathlon from the start. He highlights the valuable support he has received from Helsinki Business Hub in promoting the two companies.

“Matchmaking is the most important step in international business but meeting the right people is not an easy task, and sometimes depends a lot on luck,” Shi explains. “Helsinki Business Hub does a great job in seeking the right partners and being the bridge [between them].”

Helsinki Business Hub first met Bewin Sports in Beijing in 2016. Since then it has helped the company to visit Finland and, after Bewin Sports’ collaboration with Suomen Biathlon started, connected the two with potential partners on the Chinese market.

“[For example] Helsinki Business Hub supported the two companies in meeting officials from the Beijing Olympic Committee in April 2019,” Shi explains. “This meeting in Helsinki was one of the most important steps in our project for Beijing 2022.”

Suomen Biathlon isn’t alone with its efforts in China. In fact, 2019 was named the ‘China – Finland Year of Winter Sports’ and saw around 60 events organised around the theme.

“There is hard competition from other countries, for example, Canada and Germany,” Shi says. “[But] Finland has made a very good impression on the Chinese market and our winter sports knowledge is appreciated.”

There is plenty of market to share. Alongside the Olympics, China has a goal of creating 300 million new winter sports enthusiasts by 2022. Shi’s advice to Finnish companies is to find a good Chinese partner and work closely with them.

This approach has worked for Suomen Biathlon. Its current deals in China are worth hundreds of thousands of euros and the company is aiming even higher. In addition to Beijing 2022, Bewin Sports and Suomen Biathlon are now focused on expanding their collaboration on the wider Chinese market.

“We might establish a joint venture in China. We will focus on high tech products and services to support the development of biathlon as a sport in China,” Shi summarises. “We will also keep working hard to promote Finland’s expertise in biathlon and winter sports.” 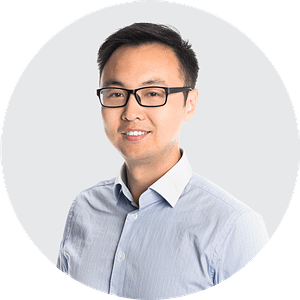 Would you like to know more about the opportunities Greater Helsinki has to offer?

We help foreign companies to find business opportunities in Greater Helsinki. All needed information and contacts to the Greater Helsinki ecosystem are just one phone call away.

Read more about the opportunities for Chinese companies >

FDI Intelligence ranking: Uusimaa is the winner of the Economic Potential c...
Scroll to top