Forget about using joysticks, buttons or touch screens in video games. The next generation of games will require you to use your mind.

SQUARE. Circle. Up. Up. X. Circle. To succeed at video games, it has long been a prerequisite to have preternaturally fast thumbs. Yet the next generation of games might not demand the reflexes of a fighter pilot. Neurogames will instead require the gamer to have the mind control of a Zen master. Or maybe a Jedi.

“Neurogaming is where your mind and body meet game play,” says Zack Lynch, founder and Executive Director of the Neurotechnology Industry Organization. “Neurogaming brings together new inputs into the gaming experience beyond basic gesture control, including heart rate, brain waves, pupil dilation and changing emotional state to drive rich game play. There is real science and the best technology ever produced behind these new capabilities to tie one’s nervous system directly into games.

“Neurogaming is ideally suited to take advantage of new output technologies beyond mobile flat screens. Technologies like augmented reality, virtual reality and body sensation systems are used to make entirely new gaming experiences possible. Neurogaming allows game designers to better understand and control the experience of their players, and therefore create games that push the boundaries of reality in ways that haven’t been seen before.”

Use the force
The comparison to the Jedi from Star Wars is apt. One game in development, Throw Trucks With Your Mind, works almost exactly like the famous battles between Jedi in the movies. Players wear headsets to capture brain wave activity. If you are calm and concentrate correctly, you throw objects at your opponent.

“We are already seeing game developers integrate some of these technologies into games today,” continues Lynch. “Already, companies like NeuroSky and Emotiv have pioneered brain-based controllers that you wear on top of your head, making it possible to drive specific actions just by thinking or changing one’s facial expressions. For examples, players can smash boulders by concentrating or scare away demons with angry facial expressions. Fully integrated neurogames are still a few years out, but as they arrive they will capture your attention and drive market adoption.”

The gaming industry has already taken notice. There are a host of young start-ups active in the field, and large established corporations such as Mattel and Sega are also involved.

“There is a natural evolution of the gaming industry toward neurogaming because players are always demanding new, amazing experiences, and this is what neurogaming can provide,” explains Lynch. “Soon all gaming companies will need to understand the drivers of the nascent market and begin to incorporate parts into their core product offerings. Whether this means reading the players’ emotions with the camera on one’s iPad or designing games that leverage augmented reality systems like Google Glass, there will be lots of opportunities for innovation and growth.”

Use in health care
The industry is not simply about the entertainment of throwing trucks or scaring demons, though. The technology can be useful in education and health as well. There is particular interest in the health field, where patients can use neurogames to help their neurological processes, or even use their minds to move artificial limbs.

“Already companies in the health space, like LimbsAlive, Akili Interactive, Hermo Pharma, Posit Science, Brain Resource, Blue Marble Gaming Company and others are developing viable therapeutic neurogames,” says Lynch. “These therapeutic neurogaming companies are focused on developing treatments for everything from memory decline to autism, stroke rehabilitation to schizophrenia. There is a tremendous opportunity to develop preventative neurogames, too, which can boost healthy brains.”

Sometimes the therapeutic benefits are realised unexpectedly: NeuroSky’s MindSet was marketed as a game and meditation tool, but researchers began using it in studies on improving the focus of children with attention-deficit, sleep, and post-traumatic stress disorders. It was also deployed in studies focusing on treating Alzheimer’s.

Neurogaming in Helsinki
Lynch will be in Helsinki on 8 April, where he will speak about neurogaming at Helsinki Think Company (Vuorikatu 5). The event is open to the public and begins at 17.00. He will talk about new advances in neuroscience and their impact on the entertainment, education and healthcare industries. Lynch is most looking forward to interacting with the Finnish entrepreneurial community during his visit. 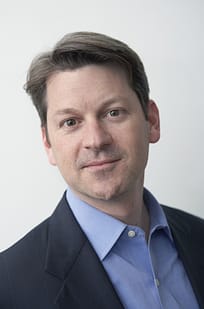 He says: “Finland has a strong entrepreneurial community in video games, telecommunications, mobile, neuroscience, and international business development, as well as a world-class education system which will all be helpful in developing a vibrant neurogaming cluster. Moreover, the Finnish government understands how to invest for the long term and this pays dividends by allowing nascent industries the support they need to mature in a profitable way.”

When he leaves Helsinki Lynch will attend the inaugural NeuroGaming Conference and Expo in San Francisco on 1-2 May. He was the main organiser for the event, and will bring in over fifty CEOs to share their insights and show off their technologies.

“There has never been a more exciting time to be in the gaming industry, especially as the future continues to race towards us,” Lynch concludes. “As technology accelerates we are at an inflection pointing towards the development of the ultimate in game experiences. Neurogaming represents a broad new segment of the game industry that will drive growth by engaging the minds of millions of players in fundamentally new and exciting ways.”