Retail industry is all about finding the perfect location. For Danish retailer MTI Trading Helsinki was the right spot for a new luxury store targeted at Asian travellers visiting Europe.

The Finnish capital Helsinki and its metropolitan region attract over 1.3 million travellers from Asia annually and this market has not gone unnoticed by the retail industry. In September Danish retailer MTI Trading, backed with a group of international investors, opened a high-end jewellery store in central Helsinki targeted particularly at Asian tourists.

“We are an international jewellery group focused on setting up luxury stores in major European cities popular among Chinese tourists. This is our very first store,” says Claus Lundtofte, CEO of MTI Trading.

Finnish and Asian influences are also present in the store’s design. The interiors reflect the iconic Finnish architect and designer Alvar Aalto, while the name Lasanic is constructed from the words ‘lakes, Santa and ice’. According to Lundtofte these are the three key elements in how Asian tourists see Finland.

Lasanic is owned and run by MTI Trading Oy, which was founded in February as the Danish retailer’s Finnish subsidiary. Currently the company employs 25 people in Helsinki and plans to hire more staff as the peak tourist season arrives in the spring.

“We hope to raise the number of employees to 40 or 50 within the next two years,” Lundtofte says.

While Lasanic is MTI Trading’s first luxury store, it is only the start for the company’s long term vision of establishing a chain of stores across Europe. Initially Copenhagen was considered as a location for the flagship store, but Helsinki’s role as the gateway between Europe and Asia sealed the deal for the Finnish city.

“We chose Helsinki because it is the closest European capital to the Asian tourist trail,” Lundtofte explains. “[The Finnish national airline] Finnair has done a brilliant job in setting up direct connections to major cities in China as well as in Japan and Asia in general.”

Lundtofte was also impressed by Helsinki-Vantaa airport’s fast growth as a stopover hub for travellers to and from Asia, which he believes will bring more visitors into the city centre as well.

Once MTI Trading and its investors set their sights on Helsinki in early 2016, things moved quickly.

Lundtofte notes a major factor in this was the regional development agency Helsinki Business Hub, which helped to ensure the founding of the Finnish subsidiary went smoothly.

“From start to finish [when we signed the contract with our store landlord] the whole process took only four months,” Lundtofte recalls. “We had already decided to open the store in Helsinki, but Helsinki Business Hub made everything easier. They put us in contact with the right people and facilitated the entire operation.”

Although is still early days for the Helsinki store, MTI Trading has been very happy with the launch. The company’s focus is now to make sure the store continues to operate fluently and then look at expansion opportunities. Whether this means additional locations in Finland has yet to be decided, but the neighbouring Nordic countries, and later Central Europe, are definitely in MTI Trading’s plans.

“In five years time we would like to see the company in many different European countries. I cannot reveal too much about that yet, but we want to keep expanding the whole chain,” Lundtofte concludes. 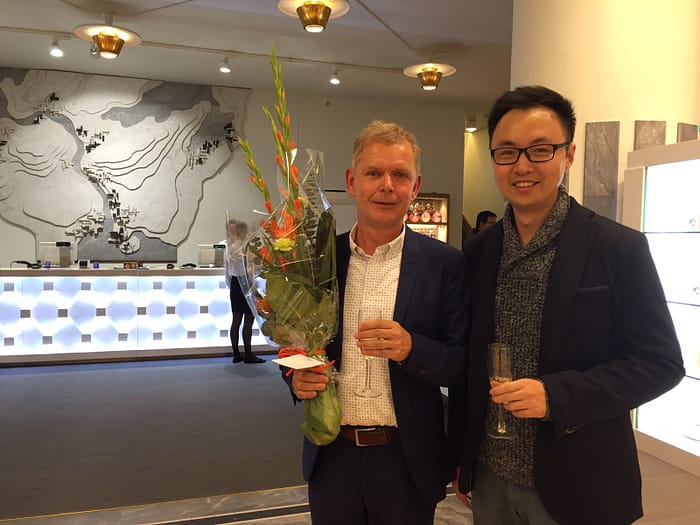 Anita Navaratnam: Your ten-point checklist for setting up a business in Fin...
Scroll to top