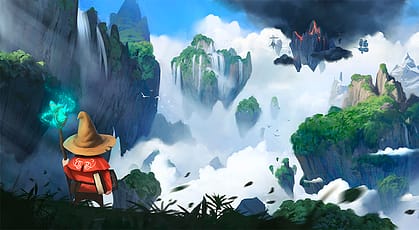 It speaks volumes for the gaming talent in Finland that you don’t need to have a game ready to attract international backing. This is the case for mobile game developer Ministry of Games, which has become the new talk of the town.

‘Don’t judge a book by its cover’ goes the famous saying, but in the case of Helsinki-based startup Ministry of Games perhaps it can be judged by its backers. The gaming company is barely a year old and it has just closed a 1.8 million-euro seed funding round lead by some of the biggest names around:

Impressively the first investments were secured before the startup was even officially founded, but Ministry’s CEO and Co-Founder Teppo Soininen refuses to categorise the company as an overnight success:

“It was a great and lucky start, but we had also done a lot work beforehand,” he explains. “Even if we didn’t have a company registration number yet, we had a fully operational gaming engine, prototype of a game and the core team ready.” 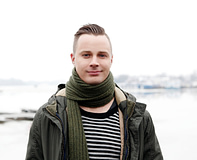 The funding gives Ministry freedom to focus fully on the development its first fantasy themed mobile game. Currently in closed beta testing, the game is a hybrid of casual puzzle games and serious role playing games and is targeted at anyone who loves wizards and spells.

A soft launch is planned for September to see how the game scales up and if feedback is good, the game will get a global release later in the year with an initial focus on Europe, North America and China.

Only the best is good enough

If Ministry’s investor references are in strong order, so are its gaming industry credentials. Soininen is one of the key stakeholders in Umbra Software (whose technology has been used in several major games such as Destiny and Call of Duty: Advanced Warfare) while co-founder Petri Kero is behind Draw Elements, a 3D graphics company acquired by Google. Third founder Sami Marsch has a background at successful FInnish gaming companies Redlynx and Digital Chocolate, among others.

Kero is also the creator of Ministry’s proprietary gaming engine, which is rare in the gaming industry. According to Soininen, it gives the company technological and creative advantages as they don’t need to bend to the limitations and modules of off-the-shelf software.

The engine is crucial to Ministry’s seven-member team. The whole team focuses on building one game at a time and carefully crafting the best possible gaming experience. If the game succeeds, it will succeed big, if it fails, they move on to a new one.

While the funding is mainly targeted at giving Ministry the freedom needed to do that, a portion has also been earmarked for hiring new talent and future international marketing.

“We are actively looking and aim to hire a few new developers, if extraordinary people come to our way,“ says Soininen. “But we also want to stay relatively small as long as possible.”

Finland has a relatively small population (5.5 million) but Soininen believes this has been an advantage. It has helped to create a close-knit gaming community and Soininen emphasises this is particularly true in capital Helsinki, where it is easy to meet people and openly share ideas.

“It plays in Helsinki’s favour at the moment that people know each other and everybody is quite open about what they are working on,” explains Soininen. “Our investors asked about us from the Finns they know…apparently we had an okay reputation.”

When asked why the Finnish gaming industry has succeeded so well, Soininen also cites the strong demo scene, good digital infrastructure and support for startups such as Tekes, the Finnish Funding Agency for Innovation. And, to some extent, Finnish modesty:

“While the level of education is high, there isn’t really an attitude of demanding a salary of 100 000 euros from the start,” Soininen points out. “Instead people have a passion for doing things.”

It also amuses him that sometimes the level of information sharing between Finnish gaming companies, and the long summer holidays, can scare investors. Luckily Finnish success means many already know the Nordic mentality.

And when the holidays are over Ministry of Games knows exactly where it will continue: creating compelling gaming experiences that stand the test of time.

“What I want to achieve with Ministry is a gaming service people can enjoy for many years to come,” says Soininen. “I hope we can inspire gamers in this and future generations.”

Finland leads in number of ICT specialists
Scroll to top