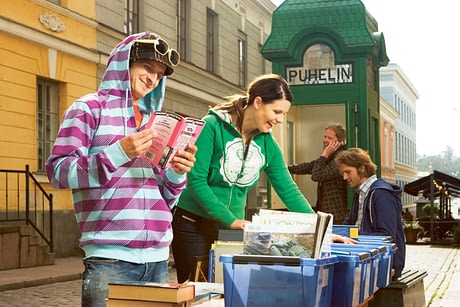 Smart business leaders already know that to survive and prosper in today’s world, their companies need to focus on maximizing shared value.

Shared value is sometimes misunderstood as sacrifice or the redistribution of wealth and resources. Something that affects what a company says but not the way it acts. Nothing could be further from the truth.

Instead, the approach pushes companies to focus on new value creation for company stakeholders (owners, employees, customers, partners) by working for the betterment of society, the environment and humanity. The more a company works to create value for the entire ecosystem in which it operates; the better off it will be.

Companies that prosper by maximizing shared value are the kinds of companies we want to see in Helsinki. Not only do they create jobs and pay taxes, these companies are change agents of good. These companies solve global problems and turn it into good business.

But what does Helsinki have to offer? More than you might think.

Helsinki itself is a good example of a city doing well by doing good. Helsinki – recently ranked the most livable city in the world – is a growing, affluent city because it cares strongly for its residents, its neighbors and the environment. Just by being a part of the Helsinki business community, companies gain a head start down the right path.

Furthermore, because Helsinki continuously reinvests in its infrastructure, healthcare, education, etc., the city itself has become an exciting platform from which companies conceive, develop, rollout and improve their solutions and offerings. The business community in Helsinki already consists of many companies where doing well by doing good is the norm, so the right role models and partners aren’t hard to find.

Companies in Helsinki are at the forefront of solving some major challenges and making the world a better place today and for future generations to come.

Not a bad place to call home.