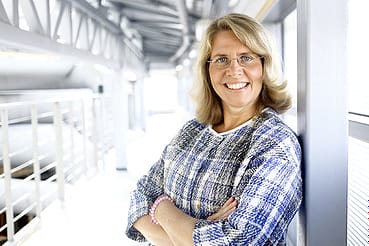 The managerial change relates to the ongoing organizational restructuring: the company’s mandate will be expanded. In addition to invest in work, Helsinki Business Hub will in the future also contribute to economic development activities with the goal of further increasing the international attractiveness of the region as a world-class center for business and innovation. The transition period will last until the end of the year and the new organization will begin its operations under a new name on January 1, 2015.

– We want to create opportunities for new businesses and support the economic development of the region in every possible way. Marja-Liisa Niinikoski has a diverse experience in change management and business innovation development both in the private and public sectors, and therefore she is the right person to take Helsinki Business Hub to the next level, says Helsinki Business Hub’s Chairman of the Board, the Director of Economic Development of the City of Helsinki Marja-Leena Rinkineva.

– Since 2007 Helsinki Business Hub has done focused work in attracting foreign companies and investments to Greater Helsinki. The work so far has been successful: the number of foreign investments has been escalating and from 2011 Helsinki has outperformed its Nordic neighbors. With the new expanded mandate we will strengthen our cooperation with local companies, cities, universities and research institutes, with the aim of creating new business and jobs. I look forward taking on this challenge, says Marja-Liisa Niinikoski.

Greater Helsinki Promotion is owned by the cities of Helsinki, Espoo, Vantaa and Kauniainen as well as the Uusimaa Regional Council. The company currently has 16 full-time employees.