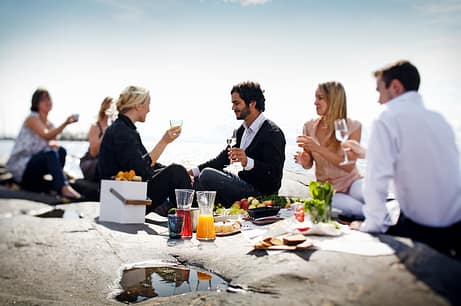 The Finns always say that it’s like a lottery winning to be born in Finland – a fact that has now also been proven in two international rankings measuring the quality of life.

Helsinki claimed the number one spot in Quality of Life 2011 survey carried out by a British lifestyle Magazine Monocle, which ranks the top 25 cities in the world to call home. Helsinki rose from the fifth position in 2010 by standing out for its low criminality, good education system and the flourishing food culture. Helsinki airport got special thanks for working well also in the ice cold winter weather. Furthermore, Monocle points out, an important character of Helsinki is its fundamental courage to rethink its urban ambitions, and for possessing the talent, ideas and guts to pull it off. Next in line in the ranking were Zurich at number 2 and Copenhagen at number 3.

Another ranking, made by the American magazine Newsweek, proved Helsinki to be situated in the world’s best country, Finland. The study examined living conditions in 100 countries, rating factors such as education and health care, quality of life, economic dynamism, and political environment. The purpose of the survey was to answer the question: If you were born today, which country would provide you the very best opportunity to live a healthy, safe, reasonably prosperous, and upwardly mobile life?

The best rates Finland got for education, which was analyzed with the help of PISA studies, as well as measures of efficiency and the educational level of the population at large. Other factors helping Finland to rise to the top spot were the fourth highest quality of life, the fifth best political atmosphere and the eight most dynamic economy.

Find the Newsweek’s list of the world’s best countries here.