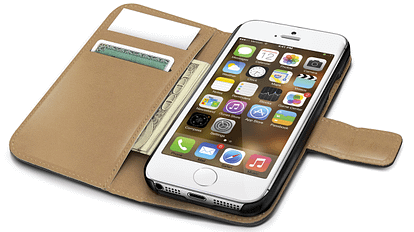 Celly Spa sells its products through hypermarkets, telecom operators and distributors, amongst others. Photo: Celly Spa.

Established in Milan in 1998, Celly Spa has grown into a global company, whose mobile accessories are sold in over 85 countries and has subsidiaries in Hong Kong, Switzerland and now in Finland. Good connections and established market presence helped Celly to make the decision to open its office in Helsinki.

—Finland is close to other Nordic countries and Russia so it’s a very good location logistically. We have been to Finland many times over the years so we know the market well and have good contacts here.

Celly manufactures and distributes mobile accessories which are designed in Italy. In Finland the company first aims to strengthen its distribution channels and afterwards base managers in other Nordic countries. The company sees Helsinki as a valuable gateway to Russia, but doesn’t have plans to access the Russian market in the immediate future.

— At the moment we are focusing a lot on the retail chains and telecom operators in Finland. Also the fashion industry interests us as design and quality part are very important for Celly, Fink-Jensen says.

— We have our own stores only in Italy at the moment, but we are considering opening flagship stores in other countries as well. In the future we could have a flagship store in Helsinki.

Celly has already found a warehouse and showroom in Finland and is now looking for the right office space in Helsinki for its three employees. In addition the company employs at least 10 people through subcontracting and has plans to employ more people in Finland as operations grow.

— We intend to have a fully structured company in Finland, including customer service and field sales force, Fink-Jensen comments.

Globally Celly employs around 80 people, most of them in Italy, and reached a turnover of 28 million euros in 2012. Celly describes its decision to expand to Finland as a major investment. Celly also met with different Finnish organisations, including Helsinki Business Hub and NewCo Factory, prior to making the final decision.

— This is a good start which I expect to bring more companies to Helsinki and hopefully Finnish companies doing more deals with the foreign companies entering Finland.