HEL of a business!

Is a smart city a happy city?

The climate gods have not blessed Greater Helsinki. It’s one of the coldest and darkest capital regions in the world. And the weather is usually mentioned first when people list things why not to move to Finland. Yet, the region is topping the happiness, smartness, and innovativeness rankings year after year. How is this possible?

“Kel onni on, se onnen kätkeköön,” wrote Eino Leino, a Finnish poet in 1900. Loosely translated it means that if you are happy you shouldn’t let it show. And that’s been a successful strategy for the Finns for many, many years. Then came the year 2018 and the World Happiness Report. It declared Finland as the happiest country in the World. The cat was out of the bag. And now Finland has topped the report three consecutive years with Helsinki taking the leading position as the happiest city in the world.

Helsinki and the surrounding region top other rankings as well. Helsinki-Uusimaa region was valued as the most innovative region in Europe. The most recent Smart City Index found Helsinki the second smartest city in the world. The index defines a smart city as “an urban setting that applies technology to enhance the benefits and diminishes the shortcomings of urbanisation for its citizens.” What differs this index from many others is that it considers also the residents’ perceptions of the smartness of their city, as well as economic and technological data.

So, we at HBH started to think that perhaps something links happiness and smartness.

We invited a smart city expert to our HEL of a business! podcast to get an expert opinion. Sami Kazi is a Senior Principal Scientist and Research Team Lead at VTT Technical Research Center of Finland specialising in smart cities. He explained to us what a smart city is made of. And does it make us happy.

Imagine living, working, and doing business in a real-life living lab. Because that’s essentially what Helsinki is, a playground for people and companies to test new solutions. Participatory design and citizen-centric decision making are in the DNA of city development. The city’s strategy is to make life more comfortable and effortless for its residents. This is why companies are welcomed here to pilot their solutions. It also means that the citizens have a lot of power to shape the environment they live in.

People living in the region are passionate about making the city a better place to live. Movements like Restaurant Day or Cleaning Day originate from Helsinki. Kalasatama, a district in the vicinity of the city centre is being co-developed by the city, residents, companies and has the vision to save one hour of citizen’s time every day. The Agile Piloting Program, a co-creation model that was created in Kalasatama, engages also citizens in the pilot projects and is now being used in other cities in Finland and the world.

Recently The New York Times wrote about Helsinki as the forerunner smart city. In the article the former ambassador of the United States to Finland, Bruce Oreck, explained:

“Helsinki is a city full of people waiting for the revolution. They really want to make the world a better place, and they’re trying to lead by example. Which is a paradox, because Finns are decidedly not showy people.”

And, unlike the stereotype of a quiet, not showy Finn, the whole ecosystem is extremely well connected. The innovation ecosystems in the region are not competing with each other, they actually work together. It’s no surprise that Greater Helsinki is the home of the most locally connected startup ecosystem in the world, according to Startup Genome. And why wouldn’t we be, the country has produced some of the most pioneering network technology and is now leading the 5G development.

When you bring people together and give them an environment in which to be creative, the magic starts to happen. Cities become functional; society becomes happy.

When Reader’s Digest carried out their famous wallet experiment, in Helsinki the wallet was returned, with all contents intact, 11 times out of 12. Honesty truly is the best policy, especially in Helsinki.

Trust, transparency, and safety are some of the cornerstones of Finnish society. You can trust your fellow people and the government. Promises are kept and agreements are respected.

“I would say it [trust] contributes significantly to happiness. If you know you are in a safe, trusted environment I don’t see why you would not be happy”, said Sami Kazi in our podcast.

It also means that you should expect very little surprises, for example as a business owner. The same rules and regulations apply to everyone and the business environment is predictable and transparent.

Transparency also means that as much information as possible is openly shared with everyone. You have open access to the aforementioned rules and regulations, the city’s decision-making processes and decisions are publicly shared, and best of all, data is openly and freely available. The city also has an open invitation for individuals and businesses to utilise the data to build solutions that can ease the life of the citizens and the city.

“The moment a city opens data for the public it’s immediately saying, “I’m offering you the opportunity to trust me”. So open data by anybody leads to trust from the other party”, explained Sami Kazi.

In Helsinki, things just work. People can concentrate on living their best lives and businesses on succeeding.

Listen to the podcast 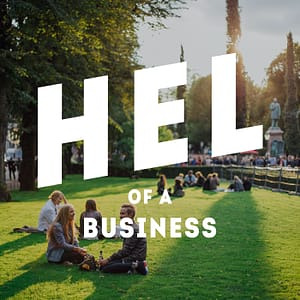 The third episode of HEL of a business -podcast features Sami Kazi, Senior Principal Scientist and Research Team Lead at VTT and a specialist in smart cities. Sami and Sonja Malin, Senior Business Advisor at HBH discusses what makes a city smart. 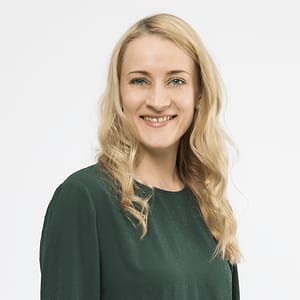 For more information about our services for smart city companies visit www.hbh.fi/smart-city