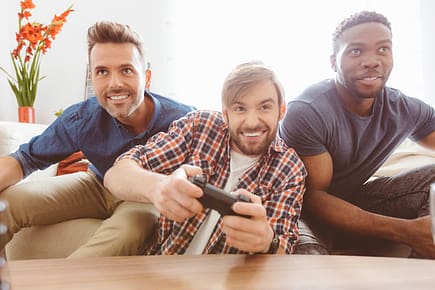 Technology startup Madberry moved its headquarters to Helsinki because it sees Finland as one the world’s major gaming industry hubs.

Advertising technology company Madberry has taken a step closer to its gaming industry customers by opening headquarters in Helsinki.

One of the biggest challenges in the gaming industry today is attracting and retaining users amidst fierce competition. The Ukrainian founders of the technology company Madberry, Dmitry Sverdlik and Volodymyr Kyrychenko, are confident they know how to solve this problem. The first step is setting up the company’s new headquarters in Helsinki, the second is the imminent launch of its user acquisition and advertising tools for game marketers.

“Our product is the world’s first automated advertising system designed specifically for game companies’ needs…and Helsinki is one the biggest gaming industry hubs in Europe,” says Sverdlik, CEO of Madberry. “Being close to our potential customers is the most important thing for us at the moment.”

The two founders first started developing the company in New York, where Sverdlik was based at the time, before creating an engineering team in Ukraine and then its new base in Helsinki. Madberry’s offices were opened in the Finnish capital in September citing its gaming pedigree over New York and aims to grows its local staff of four to 10-12 by the first quarter of 2016. It is an impressive pace for a startup that was only founded in late 2014.

While Madberry’s main engineering team stays in Kiev, Ukraine, Helsinki will serve as its base for core business operations and a future R&D centre.

“We are going to proceed with the extension of our engineering team in Kiev, but have the core of our R&D, engineering and sales in Helsinki,” Sverdlik explains. “We are going to hire aggressively and also relocate three to four of our top engineers to Helsinki.“

The power of prediction

Madberry’s is ramping up Finnish operations to swiftly introduce its game advertising system to the Nordic markets. The startup combines big data, machine learning and statistical mathematics to better understand gamers’ consumption behavior and consequently improve the efficiency of game marketing both outside and inside a game. 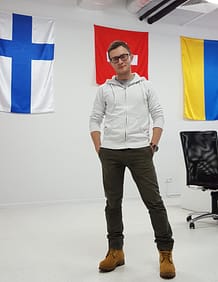 “Our product is a great tool if you have just rolled out a free-to-play game and are trying to monetise through in-game payments,” says Sverdlik. “With algorithmic technology we are able to determine the precise probability that a specific gamer will be interested in a specific ad inside a game and click on the ad. We can for example predict how long they will stay in the game, whether and how much they will pay.”

The same user behavior prediction is applied to game advertising campaigns to ensure ads are shown only to the most responsive audiences. This is made possible by analysing the crumb trail we all leave behind in the digital world. We visit sites, watch videos, check-in on social media and commit thousands of other small actions online. Madberry transforms this data into predictions on future behavior which it combines with its online media planning and buying services.

Sverdlik stresses that everybody wins when highly relevant ad content is shown to consumers. It boosts user acquisition, retention and improves loyalty:

“Game advertisers don’t need to spend their budget on irrelevant audiences who will never respond to their ad, while gamers only see ads that really interest them,” Sverdlik explains. “Publishers, whose sites and apps show ads, also have less users complaining about irrelevant ads.”

Madberry is currently gathering feedback on its technology and algorithms with early stage customers in Finland, Israel and China. The goal is to have the system ready for a public launch in early 2016.

“We will use the next 8-10 months to actively expand our business in Finland and the Nordic markets, that is our first priority,” Sverdlik says. “After that, maybe in ten months time, we are going to jump worldwide, but the Nordic market is a great place to pass your first mile.”

Also on Madberry’s future roadmap are local offices in the US, Central Europe and Asia as well as plans to adapt its marketing technology for personalised advertising on Smart TVs and video-on-demand services. The role of the Finnish headquarters is to drive these ambitious plans:

“We really like the business culture we have seen in Helsinki. People are very responsive and committed and it’s a very dynamic market,” Sverdlik says. “I believe something really big has emerged from the decline of Nokia and we want to explore it. It is good for us to be in the centre of the European gaming market.”

Madberry is using its new headquarters in Helsinki to prepare for the launch of its automated advertising system for Nordic gaming companies. Photo: Madberry

From France, Idinvest Partners is getting into the growing Nordic market The Future of Mobility: Linkker electrifies bus transportation
Scroll to top