Finland and Helsinki are doing great. Finland climbed to number one in the WEF’s Europe’s top 10 most competitive economies 2014 list. The Grant Thornton Global Dynamism Index also ranked Finland as the most dynamic country in Europe.

According to rankings by Financial Times, Ernst & Young and IBM-PLI, Helsinki is among the top investment locations in Europe. The capital region has also exceeded its neighbouring capital regions in the number of foreign investments it attracts since 2011.

Foreign businesses often come to Helsinki due to our top experts and environment of innovation. UK-based Telrock opened an R&D office in Helsinki, Italian Celly set up its Nordic headquarters in Finland and Russian companies MyCity and Taist opened offices in Helsinki this year. These are just some examples of the roughly 100 foreign direct investments to have landed in Helsinki so far this year.

Foreigners who have moved here for professional reasons are also singing the praises of Helsinki. They value the city’s ease of living, comfort and safety. Another aspect that receives praise is the Finnish work ethic: getting the job done properly and the trust that is placed in employees.

Oh, and Guggenheim wants to build a museum in Helsinki.

At this point Finns will start feeling uncomfortable. And that’s not only because of Guggenheim that clearly splits the people into lovers and haters.

Despite the pride we feel in our country, we don’t go around shouting out from the rooftops how great we and our cities are. If we receive a compliment we tend to get self-conscious. In addition to the positive, we always make sure to mention to visitors something that needs developing, or even a mistake in any report that dares to praise us.

This is maybe one reason why we are said to be lousy in marketing – and hence also why Finland gets only about three per cent of the foreign direct investments globally. That’s significantly less than our fair share.

Honesty is the best policy, no doubt about that. Honesty is what we are known and valued for. We don’t say much, but what we do say can be counted on.

In our business of attracting foreign investments to the region, honesty is pretty important too. We take pride in always providing the customer with accurate, fact-based and objective information to help them choose Helsinki and Finland.

So don’t get me wrong. I am a big fan of honesty. But enough is enough. In all fairness, we all could make more noise about this hidden gem called Helsinki.

I often joke and say that if we Finns want to become better at marketing and telling others how great things are here in Helsinki and Finland; we should make this a sport. We are such a sport-fanatic nation, that if there were a national league for tooting your own horn, in no time would the country be filled with great horn tunes.

Oh, and about Guggenheim. I am of the opinion that it means business to the region. I think it would bring more visitors and visibility to Helsinki. I think it’s a great opportunity. Honestly. 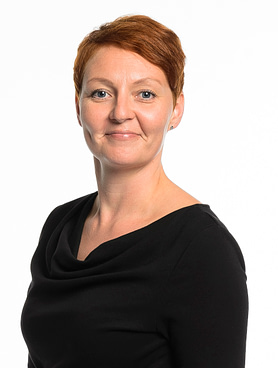 From margins to mainstream
Scroll to top