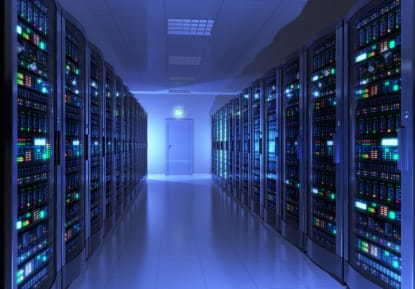 Hetzner Online GmbH, a German provider of data centre services, is investing in a new data center park in Tuusula, Finland. The project is scheduled to start in the spring of 2016.

Hetzner decided to locate its new data center in Finland after a careful evaluation process. The excellent climate conditions, geographical proximity to the Eastern European web hosting market and the geographically favorable location as a hub between Russia, Eastern and Western Europe make Finland very interesting as a location for a data center. The company announced its participation in the submarine cable from Helsinki to Rostock operated by Cinia in April 2015.

“One of the most important factors for locating in Finland is the comparatively low electricity price. The price is significantly lower than in Germany, which is important in order for an electricity-consuming data center site to survive in the international competition. Eventually, it was the professional cooperation with the leaders of the municipality of Tuusula and with Finpro’s Invest in Finland promoting national economic growth that helped us come to the decision,” says Martin Hetzner, the founder and CEO of the Hetzner Online.

After a careful evaluation of more than twenty potential sites the decision was made in favor of an industrial area in the municipality of Tuusula. The most important factors were that the region is connected to a necessary fiber-optic network, has the size of 150,000 square meters and is located close to the city center in order to be attractive as an employer. The plot is far enough from the coast so that the sensitive technical equipment will not be affected by too much salinity in the air. The agreement for the plot was signed by the Municipality of Tuusula and Hetzner Finland on 9 December 2015.

“We are extremely pleased with Hetzner’s decision to build the new data center park in Tuusula. This is a highly important development for the larger region and local businesses. It also makes the larger metropolitan area of Helsinki even more interesting for new investments,” says Tuusula’s Municipal Manager Hannu Joensivu.

“In the past five years we have been able to generate around two billion euros worth of international data center investments in Finland. Besides the immediate new jobs, the data center’s impact on Finnish GDP is significant due to extensions that typically follow the initial investment, the boost that it provides for local business and the total tax revenue that includes external services and subcontracting. Hetzner’s new investment is based on the high competitiveness of Finland as a very good location for data centers. It is also a prime example of the Finnish investment ecosystems’ cooperation on both the national and municipal level,” says Alpo Akujärvi, Head of Data Centers, Finpro’s Invest in Finland.

“We are very pleased to see that the Hetzner project is taking the next important step. Hetzner has already invested in Cinia’s C-Lion1 seacable system, a connection which will now start supporting the development of the new European data center concept,” states Ari-Jussi Knaapila, CEO of Cinia Group Oy.

The new data center in Tuusula complements two German sites in Falkenstein and Nürnberg with a location that is considered ideal in the European context. In addition to these European sites, Hetzner also operates another data center park in Johannesburg, South Africa.

The Team Finland network brings together all state-funded actors and the services they offer to promote the internationalisation of Finnish companies, and to attract foreign investments to Finland. The network provides companies with information on market opportunities, advice on the different stages of internationalisation, funding, and support for creating networks and visibility.

Helsinki at the center of the global healthcare digitalization movement