Helsinki: where things work and rights are protected

Finland’s stable society and the promotion of human rights is a beacon of hope in an anxious world.

In November 2016 much of America was in a political uproar, thanks to a rather shocking election result. Lauren Bengston and her husband wondered if a Nordic country might offer them an environment more aligned to their personal beliefs. Bengston’s husband got a job offer from a major technology company in Finland.

“The idea of moving because of Trump was practically a joke, but in only a few months we found ourselves going to Helsinki,” Bengston says. “I am glad I moved.” 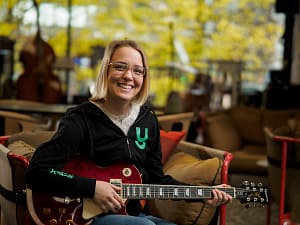 “I am glad I moved.” Bengston says.

Finnish society emphatically maintains human rights. The country is ranked among the best in the world when it comes to press freedom, womens’ rights, inequality and corruption. The prime minister is a young woman and a former president was awarded the Nobel Peace Prize. Yet it is one thing to see your country on a “best places to live” list and another thing to experience those rights. One big surprise for Bengston was worker rights.

“I’m 31 years old and this is the first time I’ve had an employer offer vacation time,” she says.

Bengston works as a designer for the fast-growing startup Yousician. She says the work environment encourages positive behaviour, such as how everyone recycles. There she also learned how differently the Finnish culture viewed a person’s health, both physical and mental.

“In the US you better have a good reason for taking the day off. You need to justify yourself,” says Bengston. “Here if I feel ill I just don’t go to work. They trust you to make your own decisions. When I felt sad people said to go talk to a therapist. They explained it is completely normal here to talk to a therapist.”

Bengston’s relationship ended, but she liked Finland so much she decided to stay. One reason was a better environment for her four-year-old son James.

“I couldn’t work in the US because my entire salary would have gone to pay for daycare,” she explains. “But here he is an incredible daycare and the cost is only 180 euros a month. He is fully fluent in Finnish and even likes his name to be pronounced the Finnish way.”

Another thing that impresses Bengston about Helsinki is how safe the city is. She asked a relocation agent which “bad neighbourhoods” she should avoid.

“The agent paused for a second and said ‘I can’t think of any bad neighbourhoods in Helsinki!’,” Bengston laughs. “It’s true, too.” 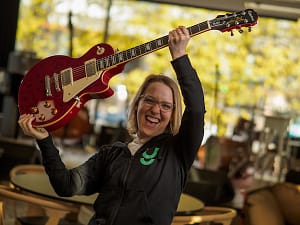 “Here there is more emphasis on living, being yourself and being happy,” Lauren explains.

As a native Texan who later lived in Virginia, Bengston had no experience with public transportation. She asked a friend to go with her to show her what to do.

“I was so excited the first time I travelled across town by myself,” she laughs. “Helsinki’s public transportation is really nice and efficient. You don’t have to worry about a car.”

She experienced some culture shock when she moved to Finland. The Finnish stereotype of silence and keeping personal space is alive and well, but Bengston says there are some aspects of Finnish culture she particularly enjoys.

“Here there is more emphasis on living, being yourself and being happy,” she explains. “The people in my life here genuinely care about me.”

Helsinki Business Hub has launched a program called ‘90 Day Finn’, which offers a free relocation package to Helsinki, Finland for selected U.S. tech professionals. The package will ensure a smooth stay, including assistance with everything from needed documentation to housing, daycare, schools and healthcare arrangements to suit the participants’ individual needs.

Applications are now closed, but don’t wait for our permission to become a 90 Day Finn! Find out here how to take advantage of Helsinki and get access to great 90 Day Finn resources from Helsinki Business Hub.

Helsinki offers a work-life balance without sacrificing your career