When Japanese health-tech AI company Welmo started thinking about internationalization, Helsinki was on the top of the list from the very beginning. As the company was looking for a place to set up its R&D operations in Europe, the Nordic capital immediately seemed like a great match.

“The decision to establish operations in Helsinki was not tough at all. We feel that we already have a very strong partnership with Helsinki and are looking to benefit from the local ecosystem which is simply world-class,” says Kiyota Kyohei, Chief Strategy Officer from Welmo.

Kyohei and his colleagues visited Helsinki in September 2019 on a fact-finding mission: is Helsinki really all that it’s cracked up to be? – Helsinki Business Hub provided the Welmo team with a tailor-made program which zeroed in on the most interesting issues from the perspective of the visitors. Making the rounds in Helsinki, the Welmo crew visited several exciting companies as well as Aalto University and Technical Research Centre of Finland VTT.

“It was a great introduction to Finland and we got a really positive view of the ecosystem and the networking possibilities therein,” Kyohei says, adding that meeting different people from various organizations was quite helpful in getting a genuine feel for Helsinki.

The Helsinki ecosystem is simply world-class.

“We felt already then that there were so many things we can learn from Finns and wanted to take all that knowledge back with us to Japan. It was really inspiring and encouraging as well.”

The general ease of the Finnish working life made a big impression: within the Helsinki hi-tech ecosystem, it is easy to collaborate and get access to various people in the community. Welmo also liked the fact that Finland is a global forerunner in digitalization, and Helsinki boasts several companies that are really pushing the envelope in this regard.

All this sounded like great news for Welmo, since the company provides AI optimized services for elderly care and special groups as well as education solutions for handicapped kids. Since Finland and Japan have the fastest aging populations in the world, there is a natural kinship between the two nations in a demographic sense. Finland has also extensive healthcare data concerning the entire population which may be deployed for research purposes. Furthermore, Finland is known as a real superstar in the field of education.

“Finland is a top country in matters concerning both healthcare and education and we feel that the country is in line with our company’s ‘Next Society’ ideology. We’re very much on the same page and share the same vision to make the future better.”

This feeling was only bolstered at Slush 2019, as Welmo team returned to Helsinki in November for the Europe’s premier start-up event – and really enjoyed themselves.

“We participated in a pitching contest, scoring the highest points out of the ten participants,” Kyohei looks back, describing the atmosphere of the Helsinki event as “passionate and amazing”.

After the big start-up event, it was time for the big announcement: Welmo is coming to Helsinki to stay! As Welmo was 100% convinced that Helsinki was the right place for them, the hunt was on to find suitable premises for the company. Soon enough, the company secured ample office space on Lönnrotinkatu street, right in the thick of downtown.

“We’ve made so many contacts and learned so much. I’ve really been moved by the support we’ve received from HBH.”

“We are already up and running, with plans to hire 3-5 people right away and gradually expand our operations,” Kyohei reports in mid-December. The future recruitment plans include both Japanese and Finnish talent.

“Within the next two years, we want to recruit 20-30 people, with focus on engineering skills,” he says.

For Welmo, Helsinki already feels like a home. Kyohei says that especially the role of Helsinki Business Hub has been really significant through-out the process:

“HBH has been very helpful and supportive from the start,” he says, adding that when it comes to things such as making new connections or problem-solving, Welmo has come to rely on the expertise of the HBH professionals.

“We’ve made so many contacts and learned so much, that I have to say I’ve really been moved by the support we’ve received from HBH,” Kyohei says, calling HBH “a true bridge-builder” between Japan and Finland.

In this case Helsinki Business Hub worked closely with our partner Kuumeri.

We help foreign companies to find business opportunities in Greater Helsinki. All needed information and contacts to the Greater Helsinki ecosystems are just one phone call away.

For more information on our services visit hbh.fi/services 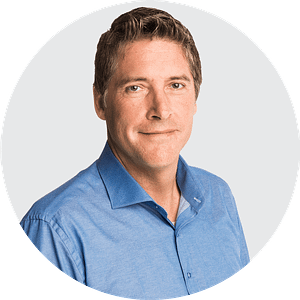 STO Express Finland: Express logistics between China and the Nordics