Helsinki ranking increases as one of world’s most competitive cities

The Helsinki area is already considered one of the most attractive places to invest in the world, and its ranking is also improving.

HELSINKI has been ranked as the nineteenth most competitive city in the world in the 2013 Global Locations Trends report, which seeks to find the most favorable locations for international investments. In Europe, Helsinki is ranked number eight.

Helsinki has been slowly and steadily climbing up the rankings over the past several years. Helsinki Business Hub, the investment promotion agency of the region, has set a goal to lift Helsinki into the top five by 2020. 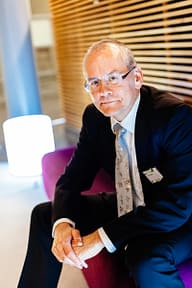 “Helsinki’s position reflects thea number of investment projects by foreign companies coming to Helsinki,” says Roel Spee of IBM- Plant Location International. “In the European ranking Helsinki went up to number eight, so that is strong progress. There is the ambition to go to a top five. It’s good to have a high ambition, so why not go for it?”

Two years ago Helsinki was ranked number twelve in Europe, so breaking into the top ten was quite an accomplishment. In the global rankings, Finland’s capital area didn’t even register in 2011.

“Ten years ago, if you would ask companies about investing in Europe, Helsinki would not spring to mind,” Spee continues. “That has changed a lot and that’s a matter of better marketing and better awareness in the market. I think Helsinki in the last couple of years has definitely improved its recognition.”

Helsinki’s score increased 13 per cent over the past year, while the majority of European cities actually fell in attractiveness to investments. Better marketing has increased the awareness of Helsinki, and international companies are increasingly investing in the region because of the high-quality business environment.

“If you think about making a decision on where to invest in a new facility, they have to take into account a number of factors,” Spee explains. “It’s not purely taxes, as some people think. It’s not only real estate either. It’s really a mix of factors.”

Helsinki has moved into the big leagues when it comes to attracting international investment, into the same category as London, Dublin and Paris. One of the major strengths of the greater Helsinki area is the skills available in the workforce.

“The best example is the information and communications technology sector,” says Spee. “If you have the right skills for particular activities, that is really building a strong proposition.”

Scholastic performance of Finns still among best in OECD countries