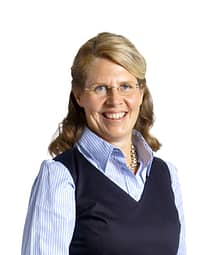 “Foreign investments are spurring on the creation of more jobs.”

The discussion surrounding the Finnish economy at the moment has a lot of people sighing. Companies are announcing layoffs and exports are lagging. Regardless of the negative atmosphere, foreign companies continue to be interested in Finland, and especially the Helsinki region, as an investment location. For example, the foreign direct investments, brought to the region by the regional development agency Helsinki Business Hub, created double the amount of jobs in 2015 compared to the previous year.

The significance of foreign investments for job creation and achieving tax revenue is undeniable. Several countries and city regions support the work done for attracting foreign investments in their regions in many ways. This is also the case for Finland: Invest in Finland does this work at the national level and Helsinki Business Hub in the Helsinki region.

Could the creation of jobs through foreign investments in Finland be spurred on even more? The answer is yes, if we compare our own operations in this respect with those of Holland, for example.

In Holland, the Netherlands Foreign Investment Agency (NFIA) as well as 13 regional organisations market the Netherlands and their own city regions to foreign companies under the joint banner of Invest in Holland. The majority of the NFIA’s employees work abroad.

The NFIA and the regional organisations work together to create a strategy and operational plan as well as manage customer information through a joint, shared customer information system. In addition to these, the NFIA and the regional organisations have established thematic working groups in order to better identify local strengths and distinguishing features, as well as to develop cooperation and the division of work between regions. In addition, Rotterdam and Amsterdam, for example, which are located one hour train ride from each other, are aiming to develop these two city areas, home to just over four million inhabitants, into a single investment location for foreign companies.

The Dutch report that new foreign investments have led to the development of 7,779 new jobs and EUR 1.76 billion in investments during 2015.

In order to reach the level of Holland, Invest in Finland and the regional organisations would have had to create nearly 2,600 jobs and secure around EUR 600 million in investments over the course of 2015. In terms of the euro amount, Finland has achieved reasonable success compared to Holland, but in terms of the impact on jobs, the outlooks are very different.

What should Finland do differently, then, so that we can improve the rate and profitability of attracting foreign investments in order to create jobs in Finland? In some ways, the answers are very clear.

First of all, the number of sales representatives working in the target markets should absolutely be increased.

Secondly, the cooperation between Invest in Finland and the regional organisations must be developed in order to attract foreign investments the way it has been done in Holland.

Thirdly, in city areas, the perspective must be shifted away from discussions of municipal boundaries and and autonomous regions, and should focus outward. Alongside the Tallinn–Helsinki twin city idea, we should establish the concept of Stockholm, Helsinki and Tallinn as triplet cities. The high-speed train, Hyperloop, from Helsinki to Stockholm proposed by the Swedes, which would make the trip in under two hours in the future, as well as the planned tunnel between Helsinki and Tallinn, present a splendid opportunity for this cooperation.

The transformational journey toward creating new jobs for Finland through foreign investments, compared to the Dutch operational models, can be summed up as follows: Invest in Finland must internationalise, meaning it must go to the customer. The regional organisations must engage in better cooperation with Invest in Finland, and Invest in Finland must lead this cooperation with a clear sense of direction. Customer information must be shared better than before between Invest in Finland and the regional organisations. We must forget about small-city busy work and the Helsinki region must develop together not only with Tallinn but also with Stockholm into a single city region. By shifting our operational model and the focus of our resources, we can at least triple the number of jobs created in Finland through foreign investments!

Marja-Liisa Niinikoski is the CEO of Helsinki Business Hub and a sales enthusiast for the Helsinki region.