HBH Investor Talks: The Oldest VC Guy – Off And Running

Want to pitch to Gert Köhler – the oldest VC guy in Europe? Then you need to train. Hard! Prepare to run a marathon.

As a corporate legend would have it, at Köhler’s VC firm Creathor every new team member has to run a marathon. September 2016 will be the third team marathon where two-thirds of the company, including managing partners, will join the run.

“We often do team meetings when we run in the forest for at least one hour. It’s a great team-building exercise and more! During the run you actually get people thinking outside the box. You can’t simply use slides to prove yourself right or wrong while running. It is amusing to see how people can use simple language to explain why they are making a decision.”

Creathor is a venture capital fund that invests in and mentors international entrepreneurs focusing on global leaders in a given market. The name “Creathor” stands for the fund’s core mission – to create value for their companies. The “h” in the middle is there to invoke the Germanic god of war – Thor.

Founded by Gert Köhler, the company has funded over 200 companies, and currently holds a portfolio of 35 startups. With close to 180 million in assets, the fund works with businesses in social media and networks, TV technology, shared economy, fintech, software, cloud computing, mobile health and personalised medicine, adjusting their lines of business depending on market trends.

“We fight together till the end,” says Gert, the charismatic founder of Creathor, and adds “I always wanted to develop something new, not merely facilitating other people’s imagination. At Creathor we create value.” 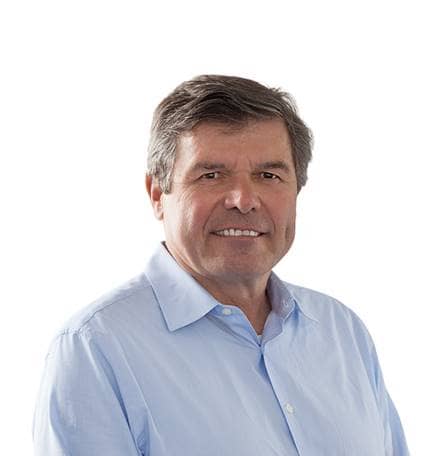 Gert has been in venture capital for over 30 years. He likes to joke that he is “the oldest active venture capital guy in Europe.” Gert Köhler started corporate investments in 1984, and in 3 years founded his own VC – Technologieholding. A self-learner, he rose quickly to the top, when Technologieholding was able to multiply its base funds tenfold. Gert’s VC became one of the largest and most successful firms in Europe and the leading investor in more than 200 portfolio companies.

In 2000, right before the market crash, Gert sold the Technologieholding to 3i Plc but stayed on as the managing director for some time. Currently, he sits on the board of German, American, French and Swiss portfolio companies – including listed companies – that operate in the areas of e-commerce, software, mobile advertising, life science and more.

“Creathor sold 2 companies last week. Big times!” says Gert. One of them is News Republic, the company that has disrupted the traditional media landscape with mobile news apps. It is active in more than 30 countries in the world and operates in 20 languages. Creathor has been the lead investor in News Republic for 8 years. The second sale was German-based Sividon, which develops personalised cancer treatment products.

Gert also has a success story with a Finnish business on his track record. Thanks to his involvement in the 1990s, Micronas Oy, a supplier of semiconductors, is valued today at $1 billion with a staff of over 900. When facing some trouble, Gert was able to rescue the company by negotiating a deal with Nokia, the owner of Micronas.

“Based on my experience, this is the advice I can give companies: in your next round of financing try to get money from your customers. Sometimes it’s easier to get $2-3 million from a customer, rather than a VC.”

And you’d better believe him. With a PhD in mathematics, Gert Köhler really knows his numbers!

Playground for ideas, support base for startups