Half-Hungarian, half-Russian, Michael Szalontay is a managing partner of Buran Venture Capital, renowned for their successful ventures like Chess.com, Shazam and Estimote. Buran is based in Moscow, Russia, but they also have offices in Istanbul and Budapest.

The fund always looks for innovative companies in the fields of e-commerce services, Online Media, Mobile Internet, Communitainment & SaaS. They currently focus on investment opportunities on seed and round A level. However, because of their background, they are open for business from Eastern Europe, Turkey and the Baltics. Plus, Buran is interested in companies that are looking to expand into the Russian and Eastern European market.

Buran Venture Capital invests from $500,000 to $5 million in a single company. It is now on its second fund with $50 million. The first fund was slightly over $30 million. The company logo represents an aircraft rising to the skies.

“We believe that space is the next big thing after the Internet that humanity is going to conquer. Our mission is to bring startups to orbit. When the startup reaches orbit it becomes independent. Then we, as a shuttle, can return for the next one.”

The fund has not invested in space startups just yet, but Michael admits that they are big enthusiasts of space exploration & space travel.

Szalontay started his career in PwC, before moving to investment banking with Renaissance Group, one of the top banks in Russia & CIS, and then moved on to private equity, in both cases dealing with media, tech & telecom transactions. This affiliation with media determined the main focus of the venture fund, which he and Konoplyasty cofounded. Buran Venture Capital started with $10 million of assets under management.

“The idea of starting a VC came up naturally. At some point, we sat down with Alexander and thought, “Hey, we know how to do deals and how to raise money. We also know about media tech so why not build our own fund?” recalls Michael. 16 months later, in July 2012, they managed to secure the first $50 million financing from LPs and leapt from being angels to running a venture capital fund.

“Usually, the problem with entertainment companies is that they rarely generate money, but that’s ok,” comments Michael, adding that they would only invest in those who manage to find a way to monetise their traffic. 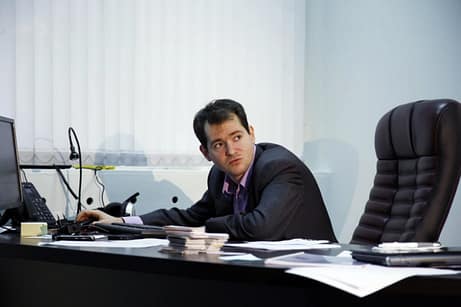 The most prominent investment for Buran in this field became the largest online chess community in the world, Chess.com.

“Internet is good for chess. I’m glad I can help such a great company to develop. I used to play chess as a kid and it’s still one of my favourite games. It is an interesting niche within the gaming business since, despite other games, chess has been there for centuries.”

Buran also invested in Estimote, a Polish company, that develops beacons – wireless sensors that can be attached to any object to detect nearby devices and instantly provide contextual information about the world around them.

1) Do a top-down analysis and research

“We identify the sectors & business models which are interesting, and then we dig into the market of the countries we cover, screening for companies that are working in that sector. Then we select the best one. That’s how we found Chess.com.

“That’s the best way to expand your network in a given market. We build relationships with local funds through them and get to know about the local companies.”

The technology business is ultimately driven by people. Szalontay prefers to work with those who have remarkable achievements in past businesses and engagements and are able to walk the walk and talk the talk, and fulfil promises.

Dealmakers Club: The Art of the Exit