SEB Venture Capital invested in people behind $175 million worth Tail-F before they even had a business idea. Andreas Pennerval, an investor from SEB VC with Finnish roots explains what made this happen. His answer is simple – SEB were not investing in Tail-F itself. They were investing in people behind it.

“In the case of Tail-F we invested in people because we had trust in them. We’ve been investing in them before and they were able to show good results. One day they came and said hey we are having an idea in mind, so we bought the company letting them do their magic. And they did – Tail-F is one of our biggest exits.”

In order to look attractive for the investors companies often focus too much on numbers. What they really should direct their attention is to start building good relationships and trust with the investors. “It’s about chemistry in a way. It is important to work with people who have the same mindset, and even if we all have different backgrounds, we are working on the business together. I want to deal with someone who I can rely on.” 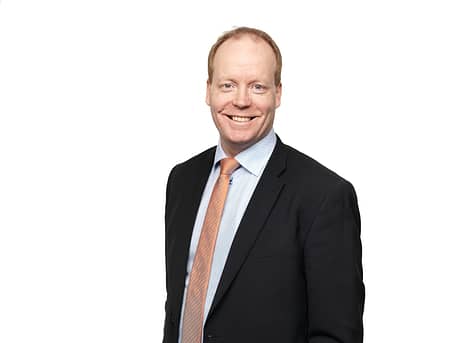 Andreas joined SEB VC in 2006, and after almost 10 years he still doesn’t have a feeling that he’s tired of it. “It’s very dynamic working process” – smiles Andreas. “Moving from one board meeting to another may sounds like a boring thing. But in fact, the issues that companies are having are always different and require lots of input and creativity from my side. So there’s never a dull moment.”

Before joining Venture Capital, he worked as an account manager with large corporate clients at SEB Merchant Banking, but soon realized that he wanted to work with smaller companies because they were more agile. “I like the feeling that I’m a part of building something new,” adds Andreas.

Powered with the Business Administration degree and passion in tech he knows how to bring the business sense to the idea as long as there’s a good technology behind it. He is motivated by helping talented entrepreneurs to turn their ideas into profitable fintech businesses.

Before SEB started to invest in fintech earlier this year, Adreas focused on companies seeking for A/B rounds of funding. With fintech he really had to take a wider prospective towards what comes to the business stage and its geographic region. Earlier he was focusing on the Nordics region, but now it’s the whole Northern Europe, where SEB has its presence including the UK, Germany and the Baltics. Andreas points out that are a lot of interesting fintech companies in Finland, with skilled people and fresh ideas. “We were looking at Finnish companies for a while but weren’t able to close any deals yet. It’s our intention to have more business here. ”

Together with colleague Filip Petersson Andreas has visited Slush and plans to visit Arctic15 this year. He admits that Finland has a good track record for startup events. “These types of events are the best in terms of networking and building connections with local investors and startups. That’s how we usually find our companies.”

In addition to Sweden, SEB has offices in Copenhagen, Estonia and Latvia. Photo: SEB

SEB Venture Capital is investing in high-tech Life Science and Financial Technology companies with talented entrepreneurs and global ambitions. With more than 100 investments and 75 successful exits, SEB Venture Capital is among the most high-performing venture capitalists in Europe. At the moment their portfolio includes 26 companies with 1.3 bln investments with 50/50 fintech and life science projects.