Gaming is getting serious, in a good way

Whenever someone mentions gaming, the first thing that may pop into their head is an image of an oddly shaped avian species flying against the barracks of pigs or troops of clansmen battling out for their place under the sun. Or maybe it is a game of Tetris from the ’80s (hey, it was loads of fun back in the day). Whatever the case, gaming by definition has a distinct fun allure to it… until now, because even gaming is getting serious.

Can gaming be serious? Actually it can, but that does not mean it loses its fun. Most games in the App Store today are built with the primary purpose of entertaining people, but serious games have another primary purpose. Their task is to train and educate the user. Serious games are not a game genre but rather a category of games that aim to teach the user.

From the outset it can sound boring, but not until you dig deeper and discover the wide variety of games that are considered serious gaming. Hence it is natural that the country that brought Angry Birds and Clash of Clans to the world is also active in the field of serious gaming.

An excellent example of serious gaming is educational gaming where, for example, iPad games are used to teach kids basic concepts in mathematics. Finnish award-winning gaming company SkillPixels teaches kids aged 4-8 with their SmartKid game to complete preschool, 1st and 2nd grade mathematics curriculum. Children train their characters through the game and the better the kids solve math puzzles, the smarter their character gets. The concept is based on the world-renowned Finnish educational curriculum and parents can actually keep track of their child’s progress through the app. In addition, you have many other games such as Mushy Rooms, which is a learning game where kids raise awareness about local nature, or OutCatch, a GPS-based outdoor location game.

But serious gaming is not only focused on education and learning. It also plays an increasing role in healthcare, and neurogaming is one example of that. Pharmaceutical giant Pfizer made an announcement this year that it has formed a partnership with Akili labs to test the use of a mobile video game for detecting early signs of Alzheimer. The goal of the trial is to actually validate Akili’s game, where the player navigates a character on a platform around a series of obstacles, as a biomarker for potential use in Alzheimer’s trials. Finland has strengths in neuroscience, and its research has been also featured in the NeuroGaming Expo held in San Francisco, where the gaming and research field meets to discuss new solutions to problems in healthcare. Direct healthcare, non-medical and indirect costs of brain disorders cost Europe almost €800 billion a year. No wonder game developers are turning their heads to that market as it poses a lot of challenges and opportunities.

So next time you browse through the App Store for new games to play, venture off the beaten path and try a few serious games. You might be wonderfully surprised. 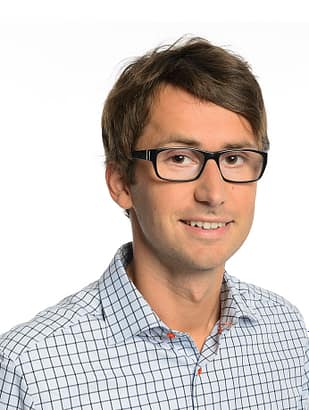