Future growth is now being sought from health know-how 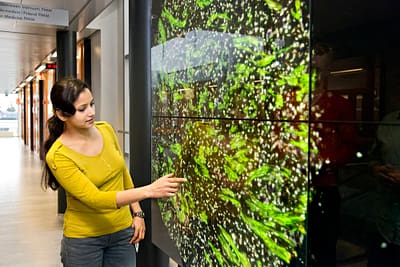 Finland’s highest-level health, bio and technology expertise can be found on three campuses in the capital city area, in Meilahti, Otaniemi and Viikki. Top expertise of the fields is now being gathered together by means of the Health Capital Helsinki project.

The aim of the Health Capital Helsinki project is to develop the region’s life sciences and health technology hub to a new level in terms of research, innovation and companies involved. Life sciences include health, food and environmental sciences.

The project seeks to elevate Helsinki to become the best research and innovation environment and company co-operation work area in Northern Europe. In this way, new business activity will be created which will also take Finnish know-how out to the world. There is an aim to utilise the research in life sciences and health technology, which is at an internationally high level, more efficiently in the development of new business activity and in attracting international investments.

The objective is to bring together researchers in the field from the University of Helsinki, Aalto University, the Hospital District of Helsinki and Uusimaa (HUS) and companies in the field and thereby create a foundation for strong innovation and commercialisation know-how. In Copenhagen and Boston, for example, rapid growth has been achieved through comparable co-operative projects between the cities, companies and universities.

The Director of Economic Development of the City of Helsinki, Marja-Leena Rinkineva, emphasises the community nature of the Health Capital Helsinki project. In many countries, companies fund academic research and different kinds of start-ups rise up to become a part of the community. The people operating in universities, hospitals, research institutes and companies can create new things together and respond to the challenge brought by the tightening up of public funding in a multi-science way. Helsinki expects the new business activity to lead to more jobs and international investments in the field.

Students are also to be taken on board

It’s natural to develop research and innovation environments in connection with the strong research campuses in the capital city area. For that reason, the new Helsinki Think Company will be opened in the autumn at the Meilahti campus and the corresponding areas of Otaniemi and Viikki are being strengthened to become a whole that works even better than before.

At Aalto University, health technology, and ICT integration in particular, are strategic targets for development. HUS sees the innovation and co-operation platform offered by the project as an important part of the role of the university hospital and also sees significant opportunities, e.g. in the areas of digital and individual health.

Funding from both the public and private sides

Wide-scale participation in the Health Capital Helsinki project is hoped for, from both the public side and that of companies, and the possibility to do this is being offered through organisation. The project began at the beginning of August with three-year funding of €1.1M, of which the most significant part is from the Innovation Fund of the City of Helsinki. The Centenary Foundation of the technology industry has also granted funding for the project as part of the Data Driven Healthcare project. However, the most significant investment is to be expected from the project partners’ own selections. For example, the funding of nearly €9M allocated to the Helsinki Life Science Center project will contribute towards the objectives of Health Capital Helsinki. A project office has been set up to support the project, as well as a health-sector enterprise accelerator at the Meilahti campus.

Involved in the project are the University of Helsinki, the City of Helsinki, HUS, Aalto University, THL (the National Institute for Health and Welfare), VTT (the Technical Research Centre of Finland) and many companies operating in the field.