From margins to mainstream

MY TWO CENTS: Will Cardwell

2014 may be the year where startups really hit the mainstream in Finland. And none too soon, given the downward spiral of job trends in many sectors dominated by large incumbent players. More and more data is showing globally that young companies generate most jobs. In fact in a recent Kaufman Foundation study, in the US over the last 25 years companies younger than 5 years old have created nearly all the net new jobs. Conversely companies more than 5 years old actually destroyed more jobs than they created in all but 8 of the years between 1988 and 2011!

The hard fact is that, given new enabling technologies and in particular the Internet, small companies are much more nimble than the big guys, entering existing markets quickly with solutions that are both cheaper and better. This trend is likely to continue for the foreseeable future, and it is being mirrored globally.

Thus Finland is turning more and more to entrepreneurship to recover its economic health. Despite current economic problems, Finland is routinely ranked among the global leaders in most competitiveness surveys based on its education, transparency, and a host of other drivers. As we go into the colossal Slush Conference on the 18-19 November, there are indicators that the startup scene is becoming much more mainstream in Finland.

According to unpublished statistics compiled by VC Zone, an initiative to help international venture capitalists scout for Finnish startups, since last years Slush Conference there were more than 30 firms who collected over 90 million euros in financing rounds where international investors participated. While this number is somewhat less than several recent years, it is much more broad-based. In past years there have been huge headline investments into the likes of Supercell and Rovio, but underneath, the numbers of investments have been relatively thin. This year the largest published early stage venture investment round went to Forendo Pharma (12.4 million euros). A healthy number of 15 companies received between 2 and 10 million euros, a size considered large enough to enable substantial internationalization. Of the 32 international financing rounds tracked, most were done by software and life sciences companies.

A second welcome trend to angel and venture capital investors is that there has finally been a significant rise in the number of Finnish companies involved in international merger and acquisition activity. The presence of an international bidder, in particular when the bidder is from the USA, usually increases the share price of the target company and in addition provides capital and networks for the companies to grow even faster. 9 of the 16 international acquisitions of venture capital-backed companies recorded by VC Zone are by US bidders, and the sectors were very diverse. This trend partially explains the record number of investors converging at Slush this November.

Growth requires capital and networks. Without international venture capital investments the startup sector stalls, much like it did between the early 2000s and 2010. If the number of international investments and exits continue growing as they are today, Finland’s economic future will be increasingly bright. 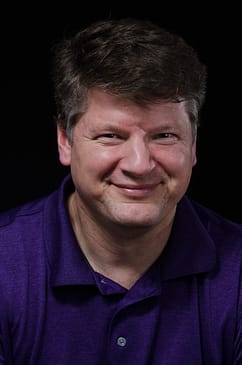 Will Cardwell is a senior lecturer on venture capital and entrepreneurship at Aalto University Executive Education, and Lead of New Projects at Aalto Ventures Program. He also wears many hats as a mentor in several accelerators, and as an occasional investor.

Startup entrepreneur, help is close in the Helsinki region!
Scroll to top