From linear to circular economy: Resource wisdom is here to stay

If new business opportunities and considerable savings in raw materials sound good to you, the Greater Helsinki area is your place to be. Helsinki is on the way to become one of those resource-wise cities where recycling, efficient use of energy, and cooperation between enterprises flourish. The new circular economy, a key theme for the European Union, will offer business potential for organisations with expertise in resource wisdom, cleantech, ICT, and bioeconomy. 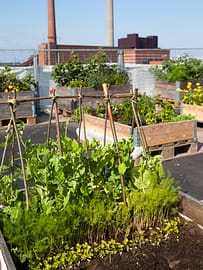 The depletion of natural resources, growing population, and climate change are the driving forces behind the current shift in the global economic model. However, moving from linear to circular economy is not just about saving the planet – it is also about making profitable business. Circular economy means restorative and well planned economy in which wasting material is minimised: basically all material is used again and again.

The global visionary of circular economy, Executive Officer Joss Blériot from the Ellen MacArthur Foundation, identifies four key levers in the current change of paradigms. For him, circular economy means design for re-use, re-manufacture, and multiple useful lives, as well as enabling business models favouring access over ownership. It is also about reverse logistics, and cross-sector and cross-industry collaboration. These views seem pretty promising for the EU – and for Finland.

“If we want to kickstart a new industrial era in Europe, there is much potential for the circular economy. We have a lot of break-through and high-end technologies,” said Blériot in a seminar on circular economy held in Helsinki in January, organised by Sitra, a Finnish public fund.

Circular economy and resource wisdom will highlight the role of corporations, emerging innovators, and regions. The Greater Helsinki area is one of the regions which aim at being in the forefront of the new way of doing things. To set a current example, an innovative eco-industrial park calls up companies for industrial symbiosis in Ämmässuo. Concepts such as this will as well bring about potentially highly profitable opportunities for investors in Helsinki’s stable and well-functioning urban environment.

The new circular economy is taken very seriously not only in the Finnish capital but in the whole country. According to a recent report by Sitra, the new circular economy model will offer Finland a growth potential worth of at least 1,5–2,5 billion Euros annually by the year 2030. Most of this potential lies in mechanical engineering industry, forest industry, building branch, minimising foodspill, and sharing economy and second-hand market.

“We have a great potential available in Finland when it comes to circular economy. The market is just opening up – in many cases we can say that the future is already here but in small pieces. Circular economy is a very favourable system: both innovative small and large companies can act together. The Finnish forest industry shows a good example of this,” said Tekes’s Director General Pekka Soini in the Sitra conference on circular economy. Tekes finances research, development, and innovation in Finland.

Is your new home in Espoo Innovation Garden?
Scroll to top