Let’s be clear. Aircraft engineering is not just about fixing planes; it is also about developing innovative repair techniques for modern light-weight materials, keeping at the forefront of aircraft instrument and engine technology, and doing so incorporating the most modern management techniques and ICT systems.

This is a complex sector involving a multitude of highly technical skills gained over long periods of time that the brightest young things in the universities and research organisations acquire at considerable investment. After all, it takes a lot of expertise and confidence to put an aircraft in the air and to keep it there.

It is fair to say that recession does terrible things to the world’s traditional man-hour intensive and investment-hungry sectors. Consolidation and outsourcing have been major features of the aircraft engineering business and Finland, in keeping with the rest of the world, has segued into this mind-set too.

Finnair Technical Services is significantly pared back with outsourcing preferred to in-house engineering. And who could blame the Finnair Group for doing what so many aviation groups have done when selling surplus capacity to third-party airlines was no longer an option?

However, the workshops, skills and experience remain and this is the sleeping tiger that is reawakening.

First off we saw acquisition. US-company GA Telesis acquired Helsinki-based Finnair Technical Services’ engine repair shop and named it GATES (GA Telesis Engine Services Ltd) to further expand its service offerings and drive expansion to the Russian and CIS markets. As part of the acquisition, GATES was able to win the 10-year Russian airline contract with Transaero Airlines which is valued at up to $500 million. The contract covers the provision of engine repair and overhaul services for Transaero’s 62 GE engines for its Boeing fleet. Up to 100 engines per annum will potentially pass through the repair facility.

Then came a home-grown business – PlanBe Ltd – through which the world’s aircraft maintenance operations can benefit from Finnish-trained engineers supplied from a Helsinki base. Next we are seeing the former Finnair Technical Services’ avionics workshop relaunched under the name of Aire-Tech Finland Ltd.

So, as the world wonders what happened to Finland’s aviation engineering excellence, we can now tell them. The Finnish aerospace engineering sector is small but perfectly formed. It is open for business, is fully engaging with the world, and welcoming investment, partnerships and contracts of all types. 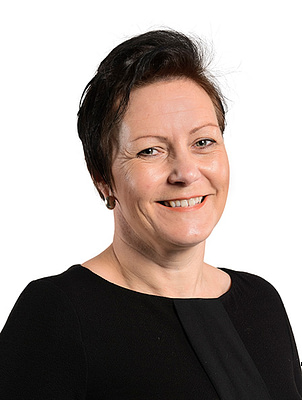 Let your business thrive in Aviapolis