Finland, get your game face on!

It’s football season in the US and hockey season here. As a dual-citizen I casually follow both. For team sport lovers we’re in a great time of year. For those of us who follow the Finnish economy, not so much.

Finland is in a fragile place. With key economists predicting our economy contracting at 0.4% this year and growth forecasts in 2015 among the lowest in Europe at 0.6%, it seems that we’re losing the game.

Working at an international business hub like Amcham, every day I speak to top business leaders that are really doing amazing things. I hear about new research projects, innovative technology and smart products. I know we have the right players to turn the economy around, but we need an even playing field.

That’s why it shocks me to repeatedly read in both international and Finnish media, prominent figures being consistently negative about Finland’s potential future growth and competitive edge. I don’t understand this when there are so many opportunities where Finland could show leadership, increase support for foreign direct investors and help our companies succeed.

Do you think that’s what Teemu Selänne would have said to his teammates in the final period when they were down a goal and their opponents were aggressively pursuing the win?

“Listen up! Everyone seems to think you’re a competitive team, but they’re wrong, you probably won’t succeed. I don’t think you’ll make one goal to tie, let alone two to win.”

No, he wouldn’t. You wouldn’t either. You’d say, “It doesn’t matter what the score is now, let’s step up our game, anything is possible! Focus on the win, we can do this!”

Yle news recently published an article on the contagiousness of negativity, which talks about how when leaders are actively negative, it kicks off an endemic cycle of complaining that does nothing to ease anxiety or enact positive change.

This brings to mind a quote I read in college by Lou Holtz, a legendary American football coach, who said ,”If you don’t make a total commitment to whatever you’re doing, then you start looking to bail out the first time the boat starts leaking. It’s tough enough getting that boat to shore with everybody rowing, let alone when a guy stands up and starts putting his jacket on.”

Our boat is leaking. We all need to sit down and start rowing.

Now I’m up to three different sport references, are you still with me?

Our economy, our livelihoods, do not need faultfinders. We need coaches and committed players. To add one final sport, boxing champion Muhammed Ali said of his career, “Its lack of faith that makes people afraid of meeting challenges, and I believed in myself.”

Finland, it’s time to believe in ourselves.

Collectively we should be loud and proud of our accomplishments. Let’s fight for our economic health, for foreign direct investments and internationalisation. Start talking like a coach, a star player and a fan.

Get your game face on and focus on the win. We can do this. 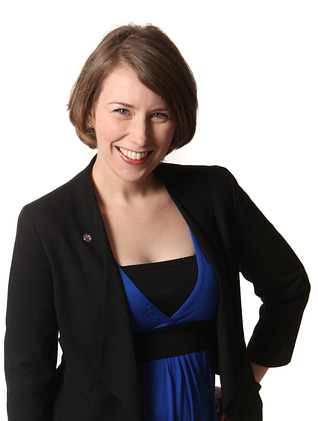 Alexandra Pasternak-Jackson is Amcham Finland’s Helsinki-based Managing Director, a dual-citizen and third culture kid, who actively works with the international business community to increase investments and improve the Finnish market.

Expand your business – with and within China Health technology: Finland’s next recipe for success?
Scroll to top