Filling the talent gap in Finland

There is a shortage of talented people in Finland. Finland’s population is aging faster than any other European state, and with more of them retiring by the day, the problem is going to get worse before it gets better.

In spite of the fact that Finland has been rated the best country in the world in which to be a mother, the birth rate in Finland is too low to stop the population from shrinking, and it decreases every year. Unemployment is high, with almost 440,000 people out of work – a huge increase since the beginning of the financial crisis. In a 2010 study by McKinsey, they found that Finland will need approximately 270,000-320,000 more people in the workforce by 2020, and since these people aren’t going to come from within, we have to look abroad. Specifically, we need to look at young people that want to study abroad.

The best way to increase the number of people in the workforce is through immigration, and the best way to attract talented foreigners is by taking them in as foreign students at Finnish universities, and convincing them to stay and work here once they graduate. Not only do these students bring with them personal and business links from their home countries – something that Finnish growth companies can take advantage of – but if these students are given the opportunity to stay and build a life here, they’ll contribute a great deal to the Finnish economy over the course of their working lives. With Sweden having introduced tuition fees for non-EU/EEA students, Finland is one of only four countries in Europe where foreign students can get a degree for free. This is a major competitive advantage, but the current government intends to throw it away.

The Minister of Finance, Antti Rinne, said last week that Finland needs to discuss growing the number of work-based immigrants to Finland, and I’m sure that most people in the Finnish government understand that any country needs a growing population in order to sustain a welfare state like the one we enjoy in Finland. However, somewhat confusingly, the government has introduced legislation to follow Sweden – because, of course, if Sweden has done something, it must be right – and introduce tuition fees for students from outside the EU and EEA. For the record, the number of foreign students at Swedish universities dropped by 50% immediately following the introduction of tuition fees, and it shows no sign of increasing. If that isn’t the sign of a successful policy, I don’t know what is.

When I first moved to Helsinki in 2010, it was on a five-month working contract, and fully expected to move home to Canada when it ended. Once I’d had the chance to spend some time here, though, and realize what a great country it is to live in, I signed my permanent contract and have been here ever since. Education should remain free for foreign students, and beyond that, we should be promoting the hell out of Finland’s free, high-quality education to whomever will listen. Let’s give others a chance to discover what I did. Once they’re here, it’s up to us to convince them to stay. 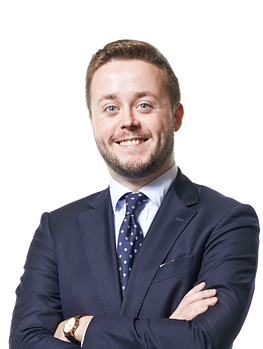 Matthew Wood is the Policy Director at Amcham Finland, and has been described by a Finnish colleague as “more Finnish than the Finns.”

Startup entrepreneur, help is close in the Helsinki region!