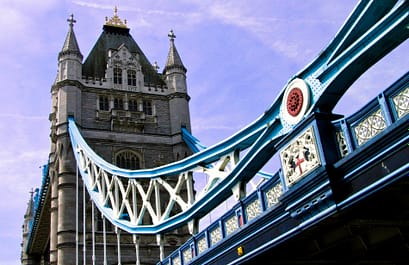 Finnish-British Chamber of Commerce is located in London. Photo: www.london-gb.com

Over the past century, Finland and the UK have build up a strong bilateral trade relationship and an array of healthy investment partnerships. However, while in the past products have consisted mainly of forestry and heavy industry, at least in terms of Finnish exports and investments, these days there is a new wave of Finnish goods and services enticing British companies.

Over the past five years, Finland has justifiably gained a reputation for producing industry-leading gaming companies, with Rovio and Supercell now household names. The start-up industry in general has exploded in the aftermath of Nokia and has brought with it world-renowned and hugely respected conventions such as Slush. While this sector continues to flourish and produce new names, there are other areas in which the Nordic nation is currently excelling.

Mikko Tala has recently been appointed as the Finnish-British Chamber of Commerce’s General Manager, and is therefore ideally placed to comment on the subject of investment in Finland given his position at the frontline of trade between the two nations. He says of the recent UK trend of investing in Finnish businesses: “UK companies and investors are looking to invest in the Finnish growth environment. There are sectors where Finland has world class expertise and knowledge and there is certainly growing interest in these areas.”

The areas that Mr Tala is talking about include the aforementioned gaming industry, as well as software development, digitalisation and the much-heralded cleantech sector, in which Finland is gaining a stellar and global reputation. Moreover, the Finnish mining sector is growing, with external companies actively looking to invest, while Finland is also well known for its expertise in engineering, which attracts investment, research and development collaboration. 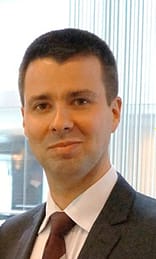 Mikko Tala is the General Manager of FBCC.

Mr Tala also believes there is one further area of growth which will see increased UK investment in Finland over the coming years. “Marks & Spencer recently opened once again in Helsinki, in partnership with S-Group, and they won’t be the last British retail company to do so. Many more are looking to the Finnish retail market as, although the market size is small, it is presently undergoing major changes. Furthermore, local retail companies are looking for new opportunities, including partnerships, at the same time as UK-based retailers are looking for new areas in which to expand. Added to this is the fact that certain consumer groups speak highly of British brands.”

In summation, he says of UK-Finnish investment opportunities: “The global economy is, of course, in a challenging situation all over the world, but both Finland and the UK are providing good and premium quality products and services. In certain sectors, there will definitely be growth between the two countries in terms of investment and trade. These sectors will grow and there are bright prospects for bilateral trade and investment, allowing those involved to build on the foundations of the past and present.”

It would therefore seem as though trade and investment between these two countries is not only set to continue but that there is concrete proof the bonds are becoming stronger and investment bigger. Finland has a great deal to offer the UK in terms of a wide range of modern and sustainable goods, as well as an abundance of niche services. With the British market continuing to be an important arena for Finns, all signs point to a healthy and prosperous future as both countries pull themselves away from the financial crisis of 2008.

ClipMe closes a seed investment round

Russian startups, we salute you!
Scroll to top