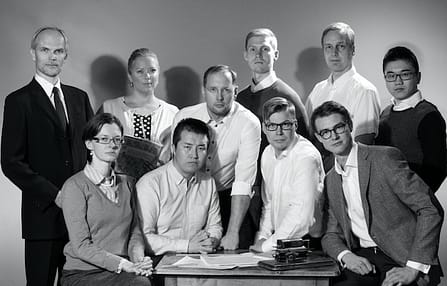 Investors, too, see AI as a part of our future: upon its founding, Curious AI collected 800 000 euros from Finnish and international investors. Photo: The Curious AI Company

The opportunities artificial intelligence (AI) brings us are still partially wild visions of the future. One of the companies knocking on the doors of this new kind of world is Finland’s The Curious AI Company, which aims at turning machines into human-like autonomous learners.

Driverless cars, machines that recognise cancer cells, or news-writing robots are no longer mere science fiction. CEO Harri Valpola from The Curious AI Company deems it realistic to say that some of the tasks that now require human labour will be performed by artificial intelligence within five years.

“AI has led a lot of great results already. For example, for many of us a smartphone is like a personal secretary,” Valpola says.

Investors, too, see AI as a part of our future. Upon its founding, Curious AI collected 800 000 euros from Finnish Lifeline Ventures, British Balderton Capital and US-based Invus.

The seed funding gave the company’s founders an opportunity to leave their previous jobs and focus on Curious AI Company. According to Valpola, the funding will take them to the end of 2016 at the company’s current growth pace. Finding new funding shouldn’t be a mission impossible though.

“The industry is booming, and there’s a lot of money in it.”

Right now investors don’t even expect AI-related companies to immediately seek profit. For example, Curious AI Company is not yet producing sellable products or services; instead, it does research on algorithms that can be used in developing them.

A machine can learn to understand

Curious AI Company was only founded a few months ago. Its makers have, however, a long and diverse experience, which Valpola believes to be one of the things that convinced investors. 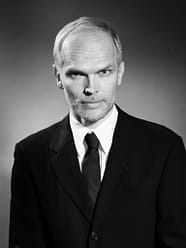 Helsinki is in the centre of the development of AI, says Harri Valpola, CEO of The Curious AI Company. Photo: Atelieri O. Haapala.

Also, Curious AI’s approach is exceptional. Many of today’s AI applications have been built on a method called supervised deep learning, which means that an enormous amount of data is fed into the computer, categorised, and labelled.

”A human tells the machine what a letter, a word, or a photo means. Teaching the machine step by step is slow and costly.”

“We humans learn mainly unsupervised, through playing outside or during interaction with others. Even in formal teaching situations we learn to understand teaching signals, which, in machine learning terms, is still unsupervised. Our company has reached a breakthrough in a semi-supervised learning technology that resembles human learning.”

The semi-supervised method means that the machine starts to differentiate and analyse data similarly to how humans begin to apply their knowledge in new situations. This way the machine does not only recognise, but also understands content. Valpola points out that when machines start to comprehend text, images, and speech in a human-like way, a lot of things will change radically.

“We will still need people to make decisions and be responsible for them. With AI, we are all bosses and our teams are AI algorithms, which can increase productivity remarkably.”

Sometimes automatization is criticised for making human interaction and face-to-face encounters obsolete. Valpola says that one of the challenges of AI is to bring it from the hands of the few to benefit all ranges of society. He sees Finland as an excellent starting point.

“In Finland everyone is looked after. The fact that a machine deals with the majority of work does not need to mean people end up jobless on the streets. Instead they can spend more time with their families, for example.”

In the near future, Curious AI is looking at machines that can understand images and sounds almost like humans. The long-term plan is to expand to cognitions and symbolic reasoning; in other words, to make systems learn independently and function autonomously.

Because Curious AI aims at providing machines with human skills, the team includes neuroscientists. Valpola’s own research background is in machine learning, robotics, and neuroscience. In addition to his academic experience, he is one of the founders and the previous head of research in Zenrobotics, a company that uses machine learning and robotics in waste recycling.

The Helsinki-based Curious AI Company employs just under a dozen people. New experts are sought after all the time, and Valpola believes the research team will eventually double. He has been happy to see how Helsinki has grown into an internationally important hub for startups. With the experience in both AI and neuroscience Helsinki can offer, the company’s future looks promising.

“Helsinki has a long history in machine learning, enthusiastic and educated people, and both research and companies. We are in the centre of the development of AI.”

The article is published in cooperation with Good News from Finland.