Research is one thing but commercialising is another. Luckily Finnish firms in life sciences have expertise in both.

FINLAND has a national goal of spending 4 per cent of Gross Domestic Product on research and development annually. Conducting research can be a good thing, but what can be even more important is commercialising those innovations.

Few countries in the world spend more on R&D than Finland. In 2010, the European Union spent 1.91 per cent of its GDP on research while Finland invested 3.88 per cent. Yet this was not research for the sake of research: much of it was in the private sector and aimed at commercialisation. According to Statistics Finland, 46 per cent of all Finnish enterprises engage in measures which aim to produce technologically new or improved products or services.

Risto Lammintausta is an expert at commercialising innovations. He has a strong background as an entrepreneur in the life sciences sector and extensive knowledge of the biotechnical and pharmaceutical industries. Lammintausta is the CEO of Forendo Pharma, which closed its first investment round in June with € 10 million in funding from Karolinska Development AB, Novo Seeds and Finnvera, including commitments from the Finnish Funding Agency for Technology and Innovation Tekes.

“After the acquisition of two drug programs from Hormos and the first investment round, we are hitting the first milestone this year. So far so good,” Lammintausta says.

As Forendo Pharma began operations, they acquired drug development programs for endometriosis and male low testosterone from Hormos Medical. The concept had been developed together with scientists at the University of Turku and Turku University Hospital and is now in pre-clinical testing.

Much research comes out of higher education institutions in Finland. In 2005, for example, there were over 8,000 Finnish peer-reviewed articles. Researchers in Finland certainly punch above their weight: Finns make up less than 1 per cent of the European population, but contribute more than 2.5 per cent of EU scientific publications.

Yet research is just the first step. In some ways, it is much harder to take innovations and make them commercially viable.

“Coaching within the academic setting is the first key to identify potential and develop proof towards invention,” Lammintausta says. “The experienced venture capitalists typically offer both money as well as competent people and networks. Karolinska could be a model to significant extent with university-organised development and a separate venture capitalist.”

Karolinska is a Swedish investment company which specialises in life sciences and invested in Forendo Pharma. Their business model is to work closely with leading universities such as the University of Helsinki to evaluate, select, develop and commercialise innovations.

Partnerships are increasingly important to take innovations to the marketplace. Public funding agencies, professional venture capitalists, universities and start-ups need to work together through various stages of innovation, development and sale.

Tekes finances about 1,500 business research and development projects and 600 public research ventures at universities annually. Last year it provided € 570 million in funding which resulted in 1,260 products, services or processes and 980 patents. Additionally, € 6.2 billion in turnover was targeted to be generated by small and medium-sized companies.

Lammintausta thinks that Tekes is best for the earliest stages of development, and after that it is better to look elsewhere for funding.

“Today the value of Tekes seems to be best for the start-up companies at the very beginning of product development,” he says.

Forendo Pharma has already attracted foreign venture capitalists, which is common among hot Finnish start-ups in the life sciences sector. Entrepreneurs often follow a set roadmap of domestic, regional and then international funding.

He has plenty of experience turning innovations into products, but that doesn’t mean Lammintausta has stopped learning. He is on his way to study the innovation system in Switzerland to see if there are any tricks we could use in Finland.

Did you know?
The Greater Helsinki area has more than 300 companies in the life sciences sector which employ over 5,000 people and create revenue of € 1.5 billion. 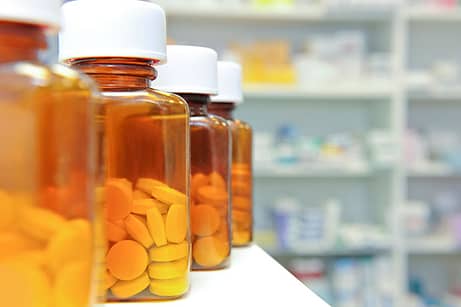