Case Energy2market: Finland as a gateway to the Nordic electricity market 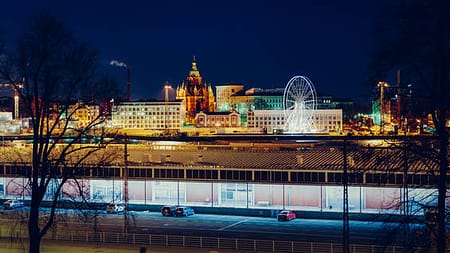 Germany-based energy trading house Energy2market (e2m) has discovered a prosperous business opportunity that taps into the growing availability of renewable energy. The company is now setting up shop in Finland with the help of Helsinki Business Hub and Finpro’s Invest in Finland unit, and plans to expand into the entire Nordic market from Helsinki.

The emergence of new and renewable forms of energy has changed the nature of the energy market and distribution considerably. Biogas, solar and wind are challenging the position of traditional forms of power generation, but at the same time, a substantial number of renewable power generators are too small to operate as part of national or international electricity markets.

Based in Leipzig, Germany, e2m combines the streams from individual power generators and consumers regardless of their location, pools their output together into a larger, distributed generation facility—a virtual power plant—and offers it in different markets like the balancing energy market or the energy exchanges.

In late 2015, e2m decided to go ahead with its plan to enter the Nordic market and chose Finland as the headquarters for its operations in the region. “We are highly interested in markets characterized by flexibility. The Nordics are very appealing to us in this respect, but also due to the sheer size of the combined Nord Pool market area,” says e2m Company Founder and Managing Director Andreas Keil.

“Our approach is to take our successful recipe in Germany as the basis and adapt it to the local environment and regulation to find the optimal setup. As we enter the Finnish market and look at the Nordics, our approach is not set in stone and it will keep evolving in the future,” adds Sevastos Kavanozis, Managing Director and responsible for e2m’s international business.

One of the reasons Finland was eventually chosen as the hub for e2m’s Nordic operations was the way the local power grid and its cross-border connections and interface with the electricity market has been set up under a progressive and forward-looking private sector entity, Fingrid. In the early stage, one of the key steps for e2m is to find a suitable local or regional business partner to establish a stronger presence and generate synergies.

While entering the Finnish market, e2m was relatively unfamiliar in the new market context, and on the other hand the Finnish energy market was also still in the process of taking shape and opening up for new virtual pool operators, which meant they would have to take things slow at first.

The company had already partnered with Helsinki Business Hub when Finpro’s Invest in Finland unit published an extensive report on the Finnish energy market and smart grid development. Authored by the Technical Research Center VTT, the report clearly pointed out that the market lacks a distributed power generation actor and stated that upcoming changes in the local regulation would open the door for such players. Convinced by this insight, e2m also included Invest in Finland in its local support team.

“The Finnish energy market is evolving rapidly, and as a result, new opportunities seem to be emerging for trading companies exactly like e2m in the near future. The timing was perfect, and e2m simply could not have chosen a better time to enter the market,” says Senior Director Sari Toivonen from Invest in Finland at Finpro.

“Many new companies entering the Finnish market are not very well known locally and they often lack important connections. For companies like e2m, having partners like us in their team can have a huge impact on how fast they can get up and running and gather the building blocks the need to succeed,” says Senior Business Advisor Katri Parovuori from Helsinki Business Hub.

Invest in Finland and Helsinki Business Hub have provided background information on the Finnish market and advised e2m on who to meet and how they should adapt their approach in the local context. They have also provided support in organizing important meetings with key stakeholders.

“The support we have received from Invest in Finland and Helsinki Business Hub has been essential for us. Their proactivity, efficiency and thorough knowledge of the market and business environment has helped us seize a great opportunity and tap into an extensive amount of market potential in an incredibly short time frame,” Sevastos Kavanozis says.

Read more about e2m from www.energy2market.com.

Markus Suomi: 10 reasons why Helsinki is a great place to have your international...

Vahterkoski&Heiskanen: 10 ways to heat up your business & marketing...
Scroll to top