Helsinki Business Hub speaks to Kimmo Mäki, Managing Director of the Port of Helsinki, about the enhancements taking place at this key accessibility point for Finnish trade, the challenges ahead and role the port has to play in foreign direct investment.

The port that serves the entire country 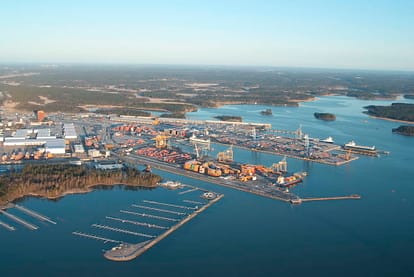 Vuosaari is one of the four harbours of the Port of Helsinki. Photo: City of Helsinki / Sami Kurikka.

While air freight has a vital role to play in the transportation of high value and perishable goods, it should be borne in mind that, when it comes to tonnage, a mere 0.3% of all freight is carried by air; a startlingly small figure compared with the monster maritime tonnage.

But nothing stands still – not least successful city infrastructure – and the Port of Helsinki is a prime example of an evolving entity. Kimmo Mäki, Managing Director of the Port of Helsinki, explains that first on the agenda is the change in the legal status of the port. “The Port of Helsinki will become a limited company from the beginning of 2015,” he confirms. The Local Government Act requires this change in legal status of all Finnish ports to ensure they are financially self-sufficient and do not look to the cities for funding. Incorporation will also encourage inter-port competition; never a bad thing.

The City of Helsinki, however, will continue to own the land upon which the port’s infrastructure is built, and the Port of Helsinki will keep on leasing that land and then sub-leasing it to Finnish or international logistics/service companies wishing to operate within the perimeter of the port area.

As for the selection of tenants, Mäki says it is all about determining what kind of services shipping companies require at the site and then ensuring that tenants are able to provide those services at a high level of quality and reasonable cost. The service providers are nevertheless a differentiator of service quality and performance excellence. This will become increasingly important as the competition between Finnish ports heats up under the new legal structure. 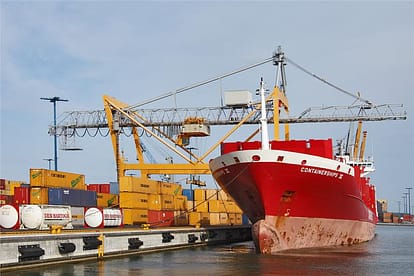 Also key to the evolution of the Port of Helsinki is the Development Programme which extends as far as 2030. The relationship between the port and the city is significant given that the economic impact of the Port of Helsinki is 5% of Helsinki’s GDP and the employment impact is 7% of Helsinki’s employed labour force. The Development Programme determines which harbours are attracting what level of traffic and the potential for increased traffic beyond today’s volumes. The port’s policy is defined in detail for the next 10 years but there are some broader aspects of the plan for which development thinking extends as far out as 2030.

At the heart of Baltic Sea

The Port of Helsinki comprises four harbours, each with a defined strategy. Katajanokka Harbour accommodates Stockholm and Tallinn passenger traffic. The South Harbour is for passenger and cargo traffic to Stockholm and high-speed vessels to Tallinn carrying passengers. The Vuosaari Harbour was conceived as recently as 2008 and is dedicated to freight; while the West Harbour is the location for Tallinn and St Petersburg passenger ferries and cruise ships. It is this last Harbour that is destined to receive the most investment. It will be expanded with two to three new ship berths, a new passenger terminal and other necessary infrastructure. The Helsinki City Council has also approved a review of options for improving accessibility to the West Harbour, especially by road.

Mäki also points to Finland’s consideration of a new Maritime Transport Strategy which has been undertaken to ensure Finland is competitive as a maritime nation given its distance from the main export markets. “We know winter conditions increase the cost of transport and we need to make sure winter weather provision is good,” he adds. The conclusion has been that Finland is doing everything it needs to do to compete successfully amongst its peers, albeit that some small changes will be made. For the Port of Helsinki, this may mean, for example, the deepening of harbours to improve accessibility to the Baltic Sea.

The impact of the EU’s Sulphur Directive is also on the horizon. The aim is to protect the Baltic Sea from environmental damage but it will nevertheless increase sea transportation costs by 10-30%, says Mäki. The upside is that trucking through Baltic countries and into Finland is likely to augment.

Between all four harbours there are five passenger terminals which delivered record passenger numbers in 2013. However, the carriage of freight is often a feature of passenger transportation and this presents a challenge for the City of Helsinki’s road network. “There are concerns for road capacity but it is also important that passengers come to the city,” says Mäki. “Removing cargo from passenger ferries would be risky as the ferries would lose a large part of their revenue.” He reckons removing freight from passenger ferries would double both the cost structure of operating these vessels and their environmental impact. Mäki reassures that road haulage is still highly manageable given that trucks represent just 2-3% of total city traffic. Although there are sure to be bottle-necks, nothing radical is planned for the cityscape.

When asked about the extent to which the Port of Helsinki builds into its port development decisions the economic development of the Greater Helsinki Region and the attractiveness of the region to foreign direct investors, Mäki says: “FDI is important and will be in the future.” Not only is there a “twin port strategy” with the Port of Helsinki working closely at present with the Port of Tallinn and perhaps others in the future, but service companies are welcomed to the port from any country; an international community is very much welcomed.

Most importantly, the Port of Helsinki sits at the heart of Finnish economic life as a facilitator of passenger and freight traffic, as an employer and as an enabler of trade. It cannot be overlooked as a significant attraction and trade enabler for foreign companies seeking a base in the Nordic, Baltic or EU regions, especially those with a requirement to move people and goods efficiently by sea.

THE PORT OF HELSINKI: QUICK FACTS FOR 2013