From entertainment to business applications, augmented reality (AR) is changing the way we experience the world today. Helsinki offers plenty of expertise in this sector, which attracted Chinese technology startup Seengene to set up its European operations in the Finnish capital.

Augmented reality enhances our real-world environment with digitally generated data and images. Think game characters popping up in front of you on a mobile app or seeing how your neighbourhood looked like hundred years go through AR glasses. Beijing-based Seengene offers products for both of these segments. The company develops AR software for the culture, education and tourism industries and in December 2017 it expanded to hardware with its first mass-produced AR glasses titled ‘Seengene X1’.

Now Seengene is taking these products to Europe. The company is currently preparing to launch its first office outside China in Helsinki, Finland. The Finnish branch will initially focus on marketing and sales with plans to add research and development functions later.

“Finnish companies have good AR software, but they don’t necessarily have the hardware part. We can provide that so we see there is a lot of potential for business collaboration here,” says Jing Zhao, internationalisation officer at Seengene. “Also there are many good brands in Finland, such as Santa Claus, that could benefit from our AR software.” 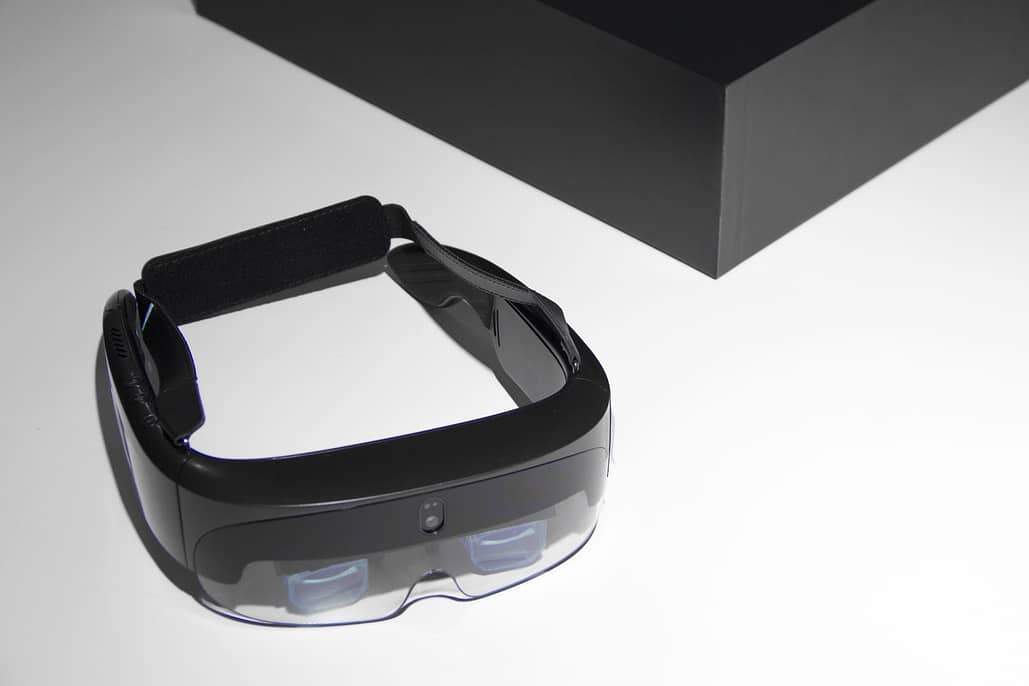 Seengene wants to introduce its first mass-produced AR glasses to the Finnish market. Titled ‘Seengene X1’, the glasses weigh under 170 grams and offer a 42 degree field of vision.

Seengene was only founded in 2016, but it has quickly grown to over 40 people. Its AR software is also already used in several projects in its home country, including mobile apps for the visitors of Yiren Ancient Town and China’s National Museum.

With the AR glasses, Seengene aims to expand its offering to a complete package for various industries. Companies can use the glasses internally or, in the case of tourist and cultural attractions, offer them to visitors.

“We only sell to businesses at the moment,” Zhao explains. “We plan to expand to AR glasses for consumers in the future but it depends on how the whole market develops.”

Market development is also why Seengene has turned its attention outside of China. While the Chinese AR market is becoming increasingly saturated, the company sees plenty of opportunities in Europe. Zhao, who studied in Finland prior joining Seengene, recommended Helsinki and its booming AR scene as a good base for the company’s European expansion.

“I knew the education sector and technological expertise in Finland are very strong,” she says. “Also there are a lot of talented people in Helsinki who could join the company to develop better AR solutions for our end-users.”

When Seengene decided to start looking into setting up a subsidiary in the Nordic country, Zhao turned to her contacts at the regional development agency Helsinki Business Hub (HBH).

“They helped us with information on how to set up the company, with finding governmental information and reaching out to different partners,” Zhao recalls. “They found me the right people to contact, which was very useful.”

Now Seengene is waiting for the last paperwork to come through to fully kick-off its Finnish operations. At the first stage the company will employ up to two people in Helsinki, but Zhao believes the number could grow to 10-15 employees within the next two years.

And Seengene hopes this is just the start. The company is already developing the next generation versions of its AR glasses and adding new features to its software platform. Its Helsinki office will play an important role in building the market for these products.

“Helsinki is our gateway to the Nordics and eventually to the rest of Europe. But first, our focus is on Finland,” Zhao stresses. “We want to be among the top AR companies in Finland and [we hope] that Finnish companies will think of us when they need a gateway to go to China.”