Ever since mobile-payment titan Alipay and ePassi Payments joined forces in 2016, Chinese tourists have been able to use their favourite payment method in Finland. Last February, with the help of Helsinki Business Hub, the duo struck a deal with Lähitaksi adding taxi services to the rapidly growing list of merchants accepting Alipay as payment in the Helsinki metropolitan area. This makes Finland the first country which can offer Chinese tourists a travel experience that can be completely paid for with a mobile app. Now that’s what we call smart travel!

Payment methods have always been a key factor for Chinese tourists, who consider cash inconvenient as notes and loose change may be lost and money exchange can be a hassle. Mobile payments, however, are seen by the Chinese as a safe and convenient way to handle paying for expenses abroad. In fact, research shows that while only 11% on non-Chinese tourists used mobile payment systems during their last trip, an astonishing 65% of Chinese tourists did (Nielsen 2018).

An astonishing 65% of Chinese tourists used mobile payment systems during their last trip.

Alipay – an affiliate of the Chinese multinational e-commerce, retail, Internet, AI and technology conglomerate Alibaba – is the world’s leading third-party payment platform with over 520 million Chinese users. It currently operates in over 35 countries in 27 different currencies and covers 70% of all mobile payments done by the Chinese. With ePassi providing retailers with the e-payment platform and processing transactions, Alipay’s app can now be used to pay for products and services in over 2,000 Finnish locations. The number of merchants is growing daily as demand highly exceeds supply. In 2017 the number of Chinese tourists to Finland rose by a massive 63% from the previous year with the average Chinese traveler spending over 1,200 euros in Finland. 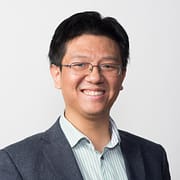 “Alipay chose Helsinki as the location for its Nordic launch because it is a very attractive destination to the Chinese. It is the closest EU capital to China, most Europe-bound Chinese travellers fly over Finland and Helsinki has superb flight connections to China. As most tourists use taxis, it was important to include a taxi service provider in the Alipay network. The possibility of using e-payments in Lähitaksi also means that tourists have more cash left for other purchases. So really it benefits everyone,” CFO of TCG, the parent company of ePassi, Alexander Yin explains.

Helsinki Business Hub has been working with ePassi since the beginning of their Alipay collaboration. When the need for a taxi service partner was identified in 2017 the regional development company wasted no time in helping Alipay connect with several taxi service providers, including Lähitaksi.

“Helsinki Business Hub was extremely helpful! Their networking events were invaluable and compared to my experiences with several similar organisations abroad, they were exceptionally proactive in introducing us to people and companies in the field. What I really enjoy about working with Helsinki Business Hub is that the relationship is sincere in its service and deeply cooperative; more colleague-like than commercial,” Yin says.

What I really enjoy about working with Helsinki Business Hub is that the relationship is sincere in its service and deeply cooperative; more colleague-like than commercial.

Lähitaksi customers can now use Alipay to pay for their ride by scanning the QR code found in the cab and feeding the price of the trip into the app. Once the payment is processed the driver receives confirmation on their device. Alipay is accepted in all of Lähitaksi’s 1,250 cabs in the greater Helsinki Region, but the app is more than just a mobile payment method – according to Alipay, it is the largest mobile lifestyle platform in the world. In addition to providing e-payments the ground-breaking app offers versatile services in wealth management, retail, leisure and more. Therefore, cooperation with Alipay not only provides merchants with the e-payment platform but also boosts visibility. The app features promotions and suggestions based on variables such as location and drives users to choose services provided by partnering companies.

Alipay strives to cover all tourist activities from travel to shopping and leisure activities to accommodation. Due to its partnerships in Finland, this is already possible in the Helsinki area. However, Alipay is also available in the world’s number one Christmas destination: Santa’s Village in Rovaniemi Lapland, a favourite among the Chinese, who are eager to experience the home of Father Christmas and the Northern Lights.

Smart travel adds value for all

While partner-oriented Alipay are not planning on setting up offices in Helsinki yet, offering a familiar payment method to the Chinese has immense potential for tourism in Finland. According to Nielsen (2018), over 90% of Chinese tourists expressed that their desire to shop overseas would increase if merchants were to accept Alipay.

“Surveys have taught us that although Chinese tourists want to use a familiar payment system when travelling, there is an even more important reason why offering Alipay is significant to its users: seeing that the app can be used abroad makes users feel valued and appreciated. In other words, Finnish merchants accepting Alipay makes Chinese users feel welcomed by the country and its people. And that can be very defining when planning one’s trip. With this collaboration we are obviously marketing Finland as a tourist destination to Chinese users, so its benefits are huge,” Yin elaborates.

The project has gained a lot of attention abroad and shown the potential Finland holds both as a marketplace and as a stepping board to launch services in Europe.

Growth is ongoing as Alipay and ePassi are expanding their reach both within and outside of Finland. Impressed with Alipay’s platform and eager to serve the growing number of Chinese tourists, new operators are following Lähitaksi’s footsteps and joining Alipay. Also, Helsinki Business Hub’s international connections and network are a real asset for a global player looking to take over Sweden, Norway, Iceland, the Baltics and other European destinations next. The project has gained a lot of attention abroad and shown the potential Finland holds both as a marketplace and as a stepping board to launch services in Europe.

Greater Helsinki offers a variety of opportunities for Chinese companies. Contact us for more information!

We help foreign companies to find business opportunities in Greater Helsinki. All needed information and contacts to the local ecosystem are just one phone call away.

More about our services in Chinese: hbh.fi/china