Intera Partners is a private equity group that seeks to help its companies expand with capital and know-how. 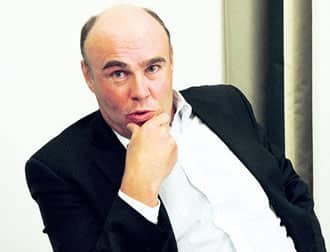 Intera is no novice to working with foreign investors: 42 per cent of the investors in their first fund, Intera Fund I, came from outside Finland. Now with the second fund about 60 per cent of the capital has come from international investors.

“We have noticed during the past few years that international investors’ interest towards Finland has risen significantly,” Lang continues. “This depends upon many factors, but generally speaking, Finland is still considered to be one of the strong economies in Europe with plenty of industrial expertise and good companies with international growth potential. Finland also has a stable investment environment with prudent legislation and an extremely low level of corruption, which increases Finland’s attractiveness from foreign investors’ perspective.”

He also points to some very specific reasons why Finland is attractive to international investors. Due to Finnish demographics, many family-owned companies need to make a generational shift in ownership in the coming years, and this opens significant deal-making possibilities for private equity investors. Also, the Finnish state is expected to undertake many privatisations of publicly-owned companies and outsource more services in the future.

“All of these factors contribute to the fact that Finland is an attractive market for many international investors,” Lang says. “Actually, it is very easy to ‘make the case for Finland’ when discussing the Finnish market with them.”

The partnership seeks to find mid-sized companies that have strong growth potential and can benefit from Intera’s involvement. They follow a “generalist approach” and do not restrict their investments to any particular industry. Guided by this philosophy, Intera Fund II has already made three investments in diverse fields: Kamux, a car dealership that focuses exclusively on used cars; Royal Ravintolat, a hotel and restaurant operator that owns the famous Savoy; and Tamtron, a producer of digital weighing equipment.

Lang describes how Intera is eager to learn the special business characteristics of each portfolio company and the steps they take to find the best possible industrial advisors, those with relevant expertise and experience to be board members.

Good performance in a weak economy

“The beginning of 2012 has been characterised by mixed economic signals and general cautiousness,” Intera’s managing partner explains. “On the one hand, the flow of bad news seems to have dried up, but on the other hand, all market participants are aware that nothing fundamental has changed. This has been confirmed, for instance, by once again escalating worries about the sovereign debt crisis spreading into new economies.”

However, Lang says that the environment for Intera’s target market in Finland has remained active. He says that the financial performance and order backlogs are at a good level for the majority of their portfolio companies.

“Good companies in the right industries will perform well also during a weak economy – hard times can also enable companies to capture market share and differentiate from competitors,” he points out. “Capable management, clear competitive advantages and the ability to grow also outside the Finnish home market are key characteristics that we are looking for.”

“Generally speaking, Finland is a country with many good companies with industrial expertise and products that can be competitive also outside Finland. The level and quality of products and services have never been a problem here,” says Lang. “However, Finnish companies often struggle in commercialising their products outside the home market – perhaps there is a certain lack of ‘creative madness’ in the Finnish mind-set and mentality.”

He says that this is one of the key aspects of Intera’s ownership in a company: helping them to grow internationally. This is important because many companies need to have facilities overseas for production or to be closer to growing markets.

“In many occasions Finnish companies could expand their business internationally without help from an investor such as Intera, but decide not to due to the significant risks involved in an aggressive international growth strategy,” Lang continues. “This is true especially for family-owned businesses where the entire wealth of the family is tied in the business. Intera can remove this kind of barrier to growth by providing the entrepreneurs with a means to release a part of their wealth tied in the company and thus diversifying their asset portfolio.

“We see all this as our reason for existence, our mission, if one wants to call it that way. We are committed to support the growth of Finnish small and medium-sized companies and to remove the barriers to growth that they are facing.”