5 Finnish sustainability startups that you should know 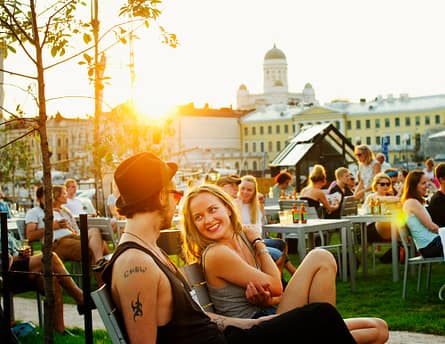 With Finland ranked as the greenest country in the world in the environmental performance index 2016, it is not surprising to find a growing number of Finnish startups developing products and services for a more sustainable world.

Here are 5 Finnish sustainability startups that you should know:

Founded in 2012, Repack offers a packaging service which enables the return and reuse of delivery packaging for online retailers and their users.Repack has gained several international competitions and awards and in 2014 ended in the Top 4 of SLUSH 100 pitching startup competition.

In February of this year, Repack announced their new partnership with Deutsche Post and its expansion to the German market. Repack counts among their customers companies such as Globe Hope, Varusteleka, FRENN, Pure Waste and Apteekkishop.

Selected by Talouselämä as one of Finland’s Top 20 new companies, LeaseGreen helps clients in the property sector to improve the profitability and environmental sustainability by enhancing the energy efficiency of the buildings.

Founded in 2013, the startups employs nowadays 25 people and the business is growing very fast. By the year 2020, the company wants to be a global operator, leading projects involving investments in different countries worth in total more than a billion euros.

Soil Scout optimizes fertilization and irrigation water & energy usage by providing monitoring data delivered by underground sensors. Initially though as a solution for the farming and agriculture sectors, Soil Scout has now expanded also its services to the biomass and the golf industry where underground data plays a very important role.

In 2015, Soil Scout was selected as one of the Top 30 Most Promising Energy Startups in Europe and this year they are starting their expansion in the Western European markets and the USA.

Tespack combines wearable solutions for green energy and mobile data with beautiful design for both commuters and outdoor enthusiast. Their first product line, the ¨smartpacks, are detachable solar panels with backpacks that allow you to charge pretty much any of your mobile devices on-the-go.

The startup founded in 2013 has currently offices in Helsinki and New York, and and last autumn announced a new partnership with Vodafone NL and its expansion to the Dutch and Spanish markets.

Piggybaggy focuses on the social delivery of goods as part of the rapidly growing topic of shared economy. Through their mobile service, anyone can register, create a delivery request specifying times and the price they are willing to pay and get their goods delivered to the location of their choice.

Piggybaggy is now active in several cities in Finland and this year are preparing their expansion to the Danish and German markets.

Rebound Mobile sets its headquarters in Helsinki to help the Finnish gaming...