2015: a huge year for the Helsinki Vantaa Airport area

By the Summer of 2015, the airport area will become an even greater attraction for international and Finnish companies seeking a home close to the airport, but also connected by road and rail to the City of Helsinki and within easy reach of the Baltics, Nordics, Russia. Juha Jaakola, Director Project Development of Lentoasemakiinteistöt Oyj (LAK), Finavia’s real estate company, explains to Helsinki Business Hub. 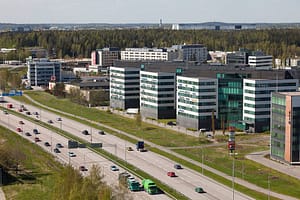 LAK is all about real estate – not airport operations – and has a both a very distinct strategy and portfolio of its own to manage. The strategy is simply to lease or sell land under its authority to companies seeking space and to developers and construction companies looking for investment opportunities. The aim is to maximise the potential of LAK’s portfolio and to provide returns to its owners.

The portfolio itself falls largely into two distinct lots: more than 100,000m2 of land at Helsinki Vantaa Airport itself, offering offices, airside and landside warehouses, the Helsinki World Trade Centre and Helsinki Hilton Airport Hotel; the second lot is a 15-hectare estate lying about 1.5km from Helsinki Vantaa Airport, more commonly known as Aviapolis Station. There are also some logistics facilities used by DHL and TNT under LAK’s remit in nearby Turku but Aviapolis Station is the real jewel in the LAK real estate crown.

The plan for Aviapolis Station has been developed hand-in-hand with the City of Vantaa, one of the three cities of the Greater Helsinki Region and the location of the international airport. When Aviapolis Station opens in the Summer of 2015, 360,000m2 of office space, hotel facilities and homes will be on offer to international and Finnish companies seeking a location accessible to EU, Russian and global opportunities with all the passenger and freight transportation possibilities that this area implies.

But there is so much more to do. Jaakola explains that partners are being used to market some parts of the development area and construction companies are being encouraged to propose plans for further development. However, it is only once an occupant has been identified that the construction companies’ plans will be considered for planning permission and, if granted, the development of the land can go ahead. Nothing is being left to chance. Jaakola says LAK expects there to be about 15 years’ further development of the site. 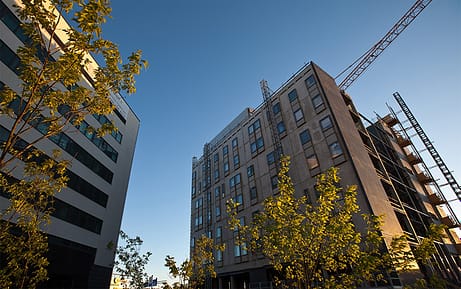 The location is being marketed as a new urban centre with its own railway station connecting the site with Helsinki City Centre and a new bus station. The railway station will open simultaneous with the building developments and will be housed underground. A ring road is also in place and recreational facilities are being built to ensure workers and residents form a community in themselves.

When asked about land use, Jaakola is emphatic that LAK will not own housing developments; although it is happy to negotiate the sale of land for housing use. “We do not want to own houses; that is not our business,” he says. Light industrial and power generation use are possible, he says, but, primarily, Aviapolis Station will offer lots of different types of office space and hotels to accommodate a largely corporate need. The first hotel, hopefully of several, is already being negotiated with various operators, and will become available to guests shortly after the site opens.

As Aviapolis Station takes shape, Finavia is investing €1 billion in its airport infrastructure.  A similar sum will be invested in developing Aviapolis Station, only 2km from Finavia’s flagship airport, over the coming couple of decades, confirms Jaakola.

The new urban centre is going to be as accessible as a combined work/living space can be, he adds. The airport will contribute an international dimension, connecting China and Japan, for example, with the Finnish capital region through direct flights. Easy transfers are also a feature of the airport.

Most importantly, Aviapolis Station is being planned as a safe, secure and social environment in which to work and live. This is just the start.